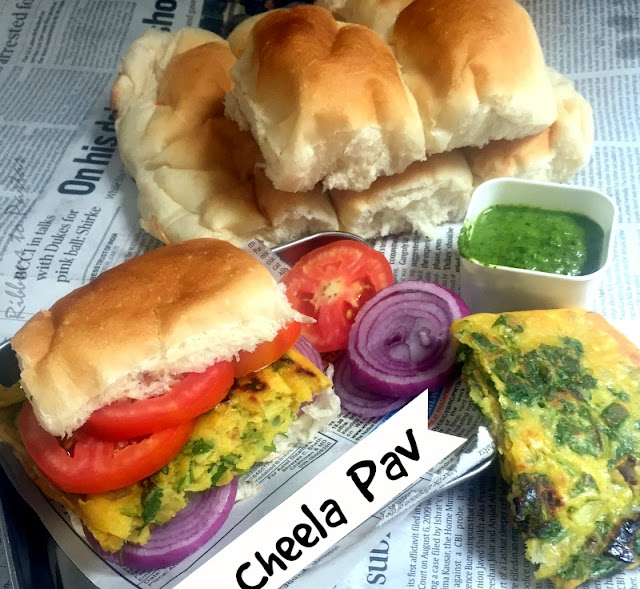 BM # 68
Day : 8
Theme : One Category – Bread Sandwiches
Sub Theme – Desi Fiesta
Next in the Pav Sandwich series is Cheela Pav. The Besan Cheelas taste amazing on their own and in Sindhi families they are a big hit for breakfast. They eat these cheelas with bread or even chapati. I worked on the same concept and sandwiched the cheela in a Pav. A spicy green chutney, some onion rings and tomato slices complete the sandwich, oh yes a dash of Chaat masala. I bet your mouth’s watering !

I have a small rectangular pan and I made the cheelas in that pan, I could just double fold the cheela and it gave a perfect size fit into the Pav. You could even make round ones and fold them and sandwich them in the Pav. This becomes a delicious Desi Burger. 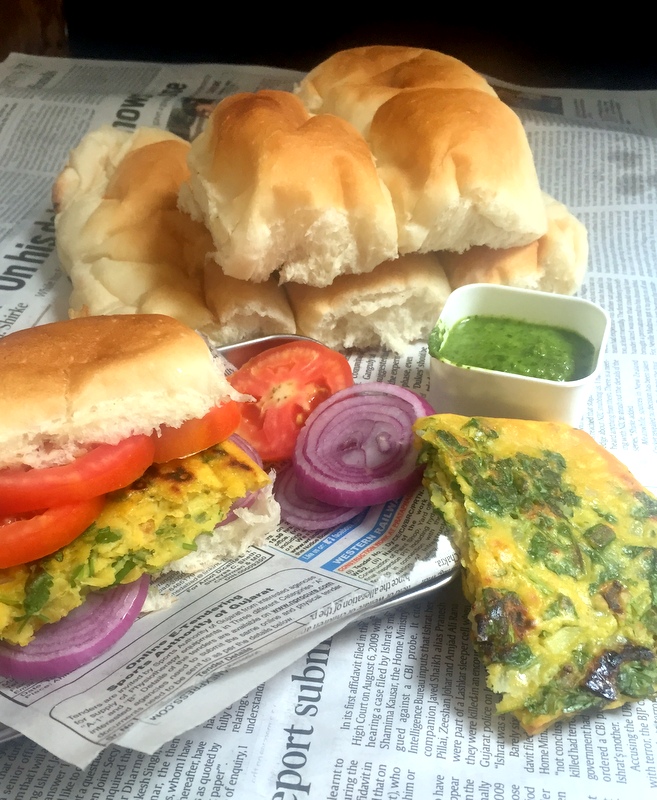 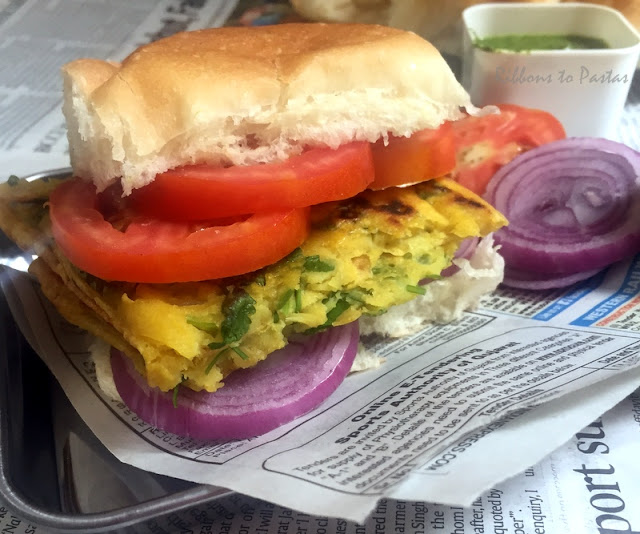 Mix all ingredients .
Add water to bind it into a semi soft batter.
Heat a non stick pan, drizzle oil.
Talking a ladle Ful of the batter spread it like a Dosa.
Let cook one side, drizzling more oil.
Flip over and cook till pink, drizzling oil to make it nice and crunchy.

Assembling the Cheela Pav
Slit the Pav and apply spicy chutney on both sides.
Place onion rings, Cheela and finally tomato slices.
Sprinkle Chaat masala in between while placing onions and tomatoes.
Enjoy ! 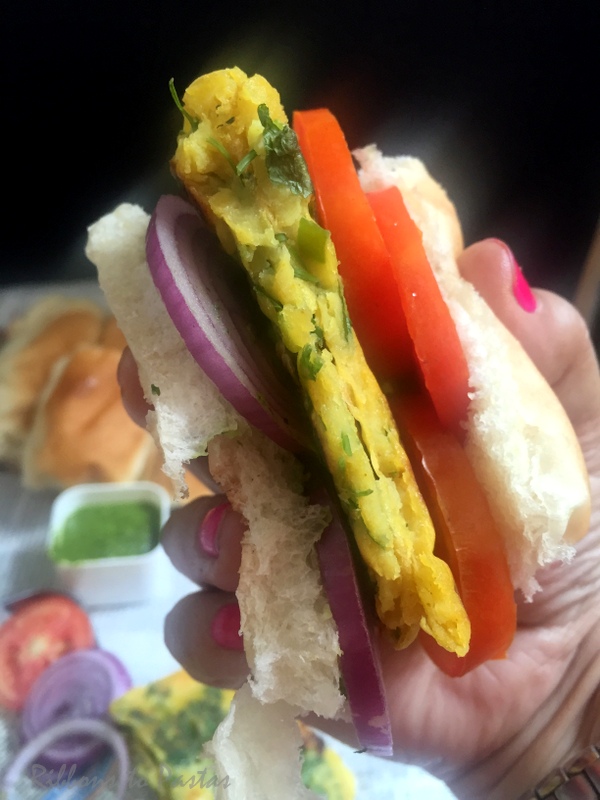 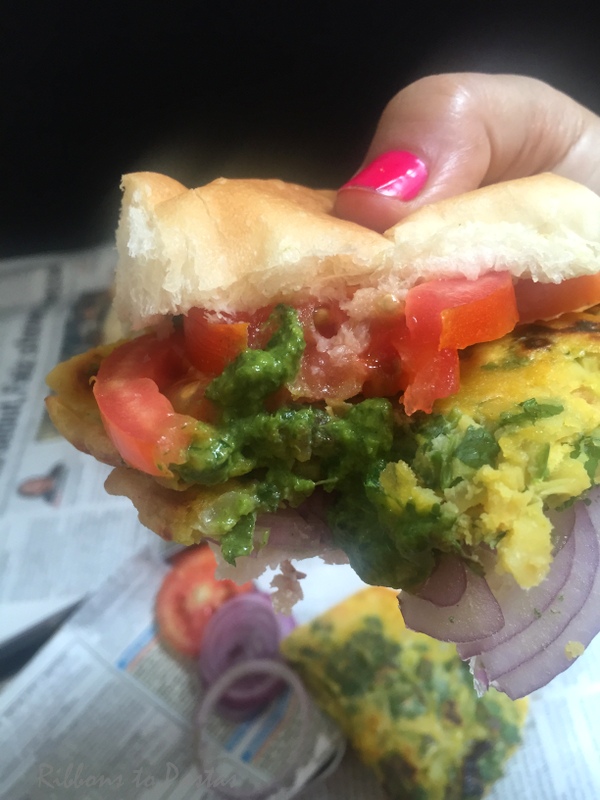