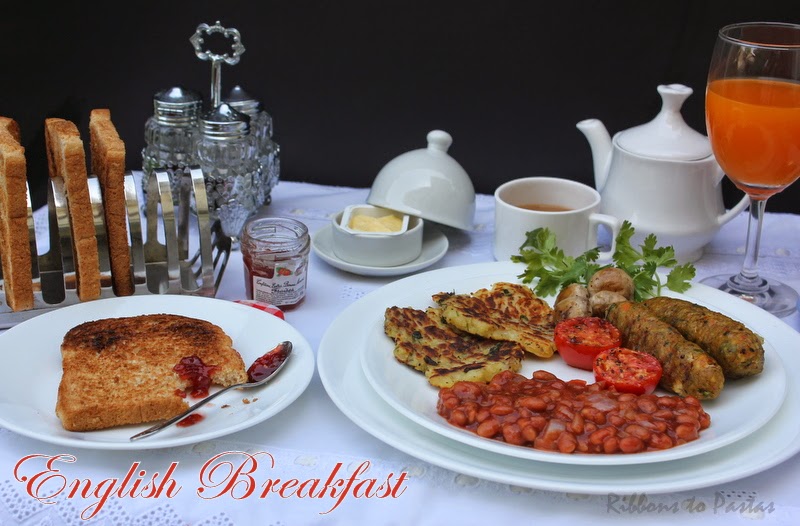 Great Britain
Island in United Kingdom
Great Britain is an island in the North Atlantic off the north-west coast of continental Europe.

Today we move on to the alphabet ”G” and the country I have chosen is Great Britain. This is a country which is close to my heart and specially London has been one of my favorite travel destination.

Great Britain is the largest island in Europe. It contains England, Scotland, and Wales. Together with Northern Ireland, they make up the country of the United Kingdom of Great Britain and Northern Ireland. Sometimes the term Great Britain is used to refer to the whole United Kingdom.
Traditional British cuisine is substantial, yet simple and wholesome. They believe in four meals a day.It has has been influenced by the traditions and tastes from different parts of the British empire .British cuisine has always been multicultural, a pot pourri of eclectic styles. In ancient times influenced by the Romans and in medieval times the French .
For today I am serving a English Breakfast.The traditional English breakfast is called the ‘Full English’ and sometimes referred to as ‘The Full English Fry-up’ The great British breakfast is famous throughout the world! Actually nowadays it is a bit of a myth, today many British people are more likely to have a bowl of cornflakes or a cup of coffee with a cigarette than to indulge in the wonders of this feast!However that is not to say that the traditional breakfast is dead, far from it, it’s just not often eaten every day of the week.
Breakfast may begin with orange juice, but the heart of the Full breakfast is bacon and eggs. They are variously accompanied by baked beans, sausages, grilled tomato, mushrooms, tea, toast and marmalade. Well since I was doing a vegetarian breakfast, I made some vegetarian sausages, bacon and eggs obviously were out of question. I also served some hash brown, which are so very British!
Each country in the UK and Ireland also have their own choice of accompaniments, it is up to the individual just how much they want on their plate and their preferences.
So here is what I served as a Full English Breakfast…
Orange Juice
Toast
Butter
Jam
Baked Beans
Vegetable Sausages
Hash Browns
Grilled Tomatoes
Grilled Mushrooms
English Tea

Grilled Tomatoes
Chop the tomatoes into two.
Heat a grill pan and add some butter.
Place the halved tomatoes.
Cook for about two minutes and flip over.
Sprinkle salt and pepper.

Sauté d Mushrooms
Clean and wash the mushrooms.
Put a pot of water to boil.
Add salt , pinch of turmeric and a few drops lemon juice.
Add the mushrooms., let boil a few minutes.
Strain and saute in butter. 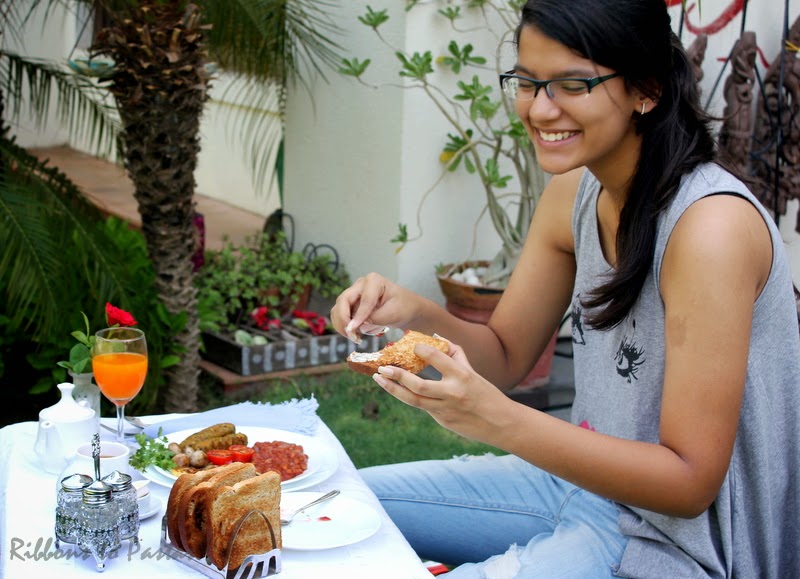 That’s my niece enjoying the breakfast. Perhaps this is one breakfast which we all are accustomed to as it s served in most hotels, but it surely was a pleasure putting it together and enjoying it at home.