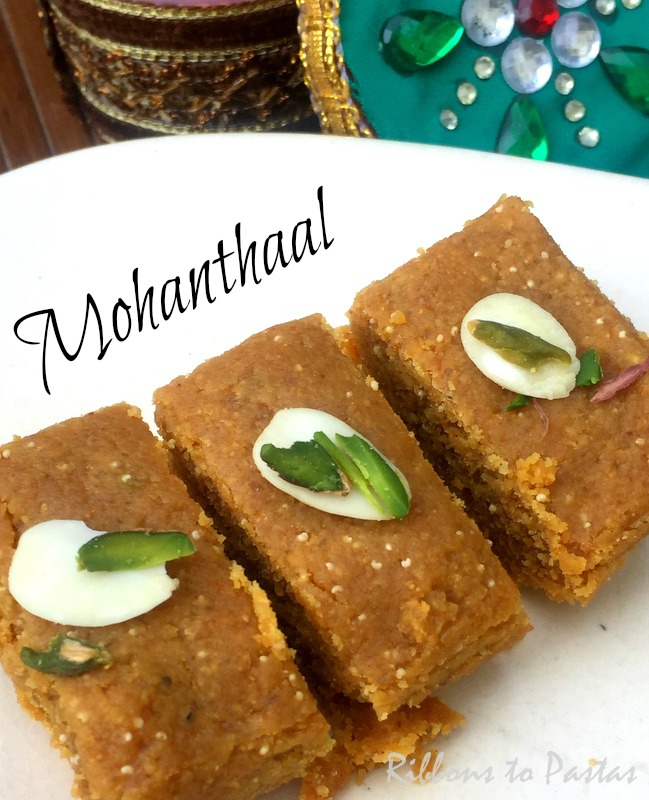 BM # 63
Day : 15
Theme: Regional Cuisine
Cuisine : Sindhi
Mohanthal is yet another sweet which is a must make during Diwali. My Sindhi friend Meenu makes excellent Mohanthal and frankly I always get a box from her every now and then. I have never really thought of making it myself.
Mohanthal is a fudge made from chick pea flour and there are different versions of this. The first time I made Mohanthal it was a Gujrati version, which had unsweetened khoya but The Sindhi version is different and is without khoya.. The method too is different. Both the versions are equally delicious. 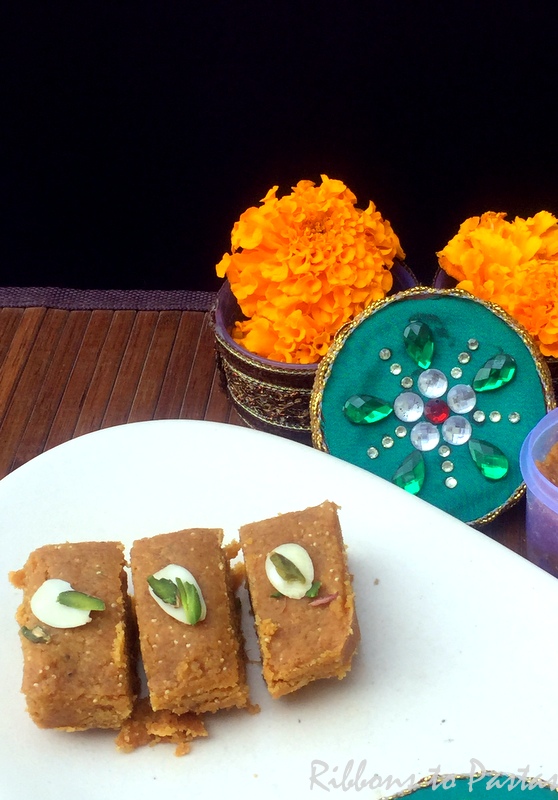 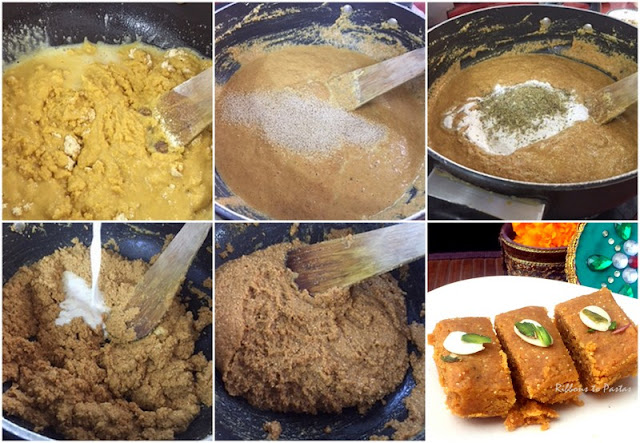 Heat ghee in a thick bottomed pan.
Add the chickpea flour and roast till pink.
Add poppy seeds and chopped cashews.
Add powdered sugar and mix well.
Add the Cardamon powder.
Add 1 cup milk and stir continuously till the whole mixture leaves ghee.
Garnish with almonds and pistachios.
Remove in tray, let set for a few minutes and then cut into desired pieces.
Remove from tray after completely set. 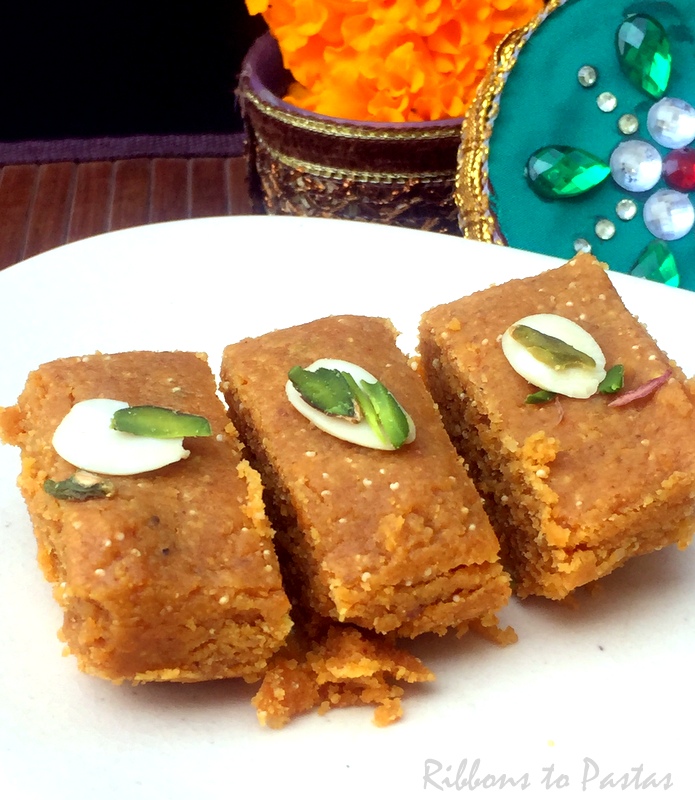 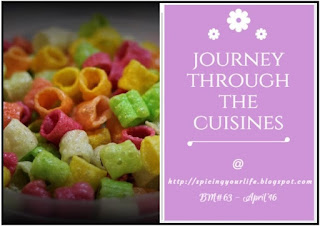