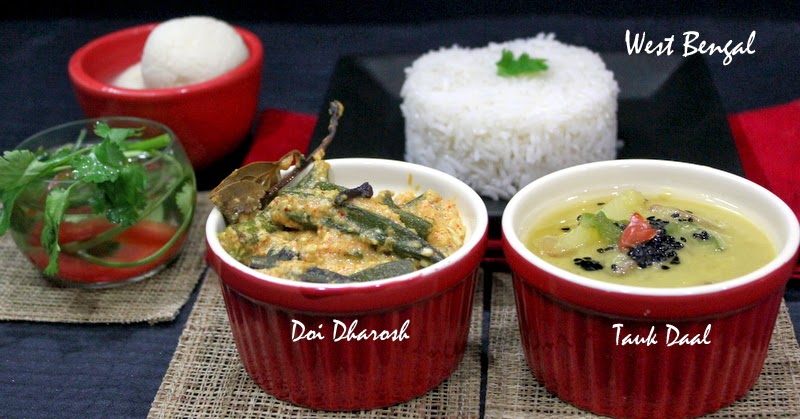 Today is the 30th day and the last day of this month long marathon. We have been cooking traditional cuisne across Indian states.This has been a very interesting marathon, where we started planning months back,We have exchanged umpteen mails and messages not to miss the phone calls. This marathon has been a total hit, we have so many new dishes from the different states, interestingly for a few states we have had Days!..like for Arunachal Pradesh most of them posted thukpa..so a Thukpa Day, for Himachal it was Channa Madra…and so was Bajra Khichdi.It only shows that we friends are all like minded!!
Okay we come to the last state in the series..West Bengal
What comes into the mind when we talk about Bengali Cuisine? It’s the  fish and rice preparations accompanied with the Bengali sweets. West Bengal is well known as the land of maach (fish) and bhaat (rice). The various preparations of fresh water fish and a vast range of rice dishes is Bengal’s specialty. The typical Bengali cuisine is now divided between the Independent country of Bangladesh and the Indian state of West Bengal.
The Bengalis are great food lovers and take pride in their cuisine. The medium of cooking is mustard oil which adds on its own pungency. Another very important item of Bengali cuisine is the variety of sweets or mishti as they call them. Most of them are milk based and are prepared from chaana (paneer as it is popularly known). The most popular among the Bengali sweets are the Rosogolla, Sandesh, Pantua and Mishti Doi and these four sweets are a must at every wedding besides some other sweets, which may vary as per individual choice. A meal, for the Bengali, is a ritual in itself even if it only boiled rice and lentils (dal bhat), with of course a little fish.
Bengali cuisine is rather particular in the way vegetables and meat (or fish) are prepared before cooking. Some vegetables are used unpeeled, in some preparations fish is used un-skinned in contrast as well. However, in most dishes vegetables are peeled, and fish scaled and skinned.
Vegetables are to be cut in different ways for different preparations. Dicing, julienne, strips, scoops, slices, shreds are common and one type of cut vegetables cannot replace another style of cutting for a particular preparation.
Qutb-ud-din brought Bengal under Muslim control at the end of the 12th century and after the death of Aurangzeb it became an independent Muslim state. This introduced Mughlai cooking in Bengal. Bengali Moslems adopted dishes such as kebabs, koftas and biryani from their Mughal conquerors. But the major portion of Bengali Hindu cuisine retained its original characteristics except that the use of onion and garlic became more popular.
Today we shall cook a simple Tauk Daal, which is a lentil flavored with raw mango..this daal has a amazing flavor.The combination to the daal is Doi Dharosh, okra with yogurt. This is one of their lunch menus, for breakfast they enjoy Aaloor Dum with Luchis. One of their favorite street food is Jhal muri, which is like Bhelpuri. So on to the recipes… 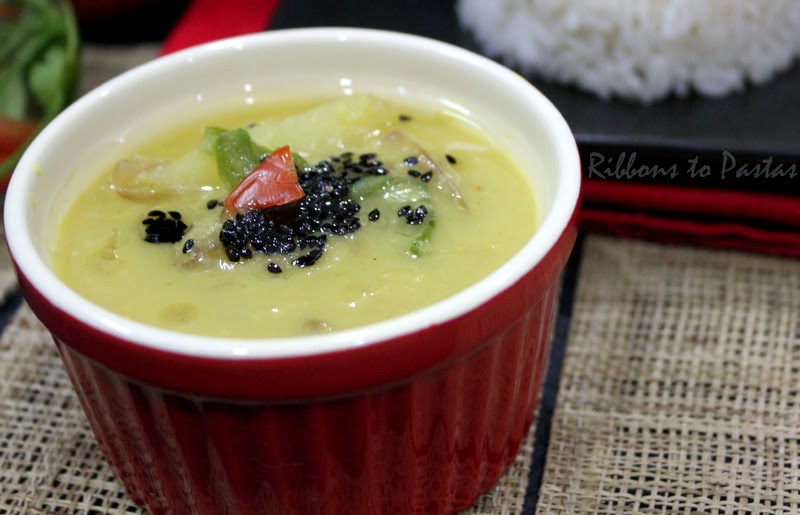 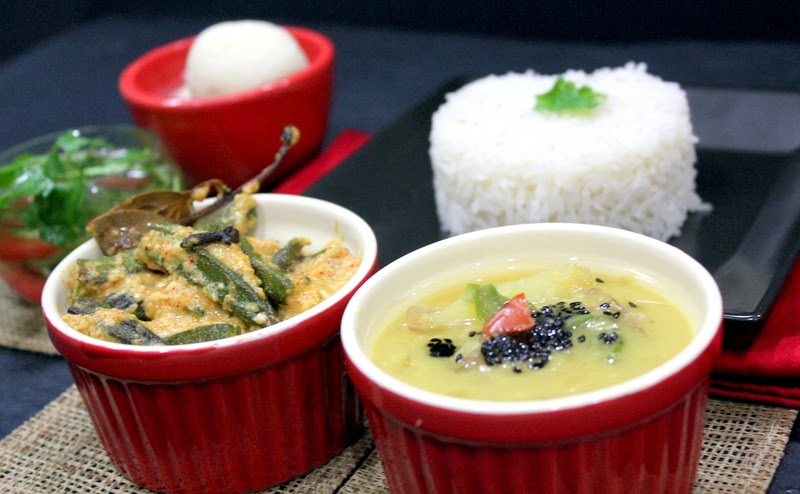 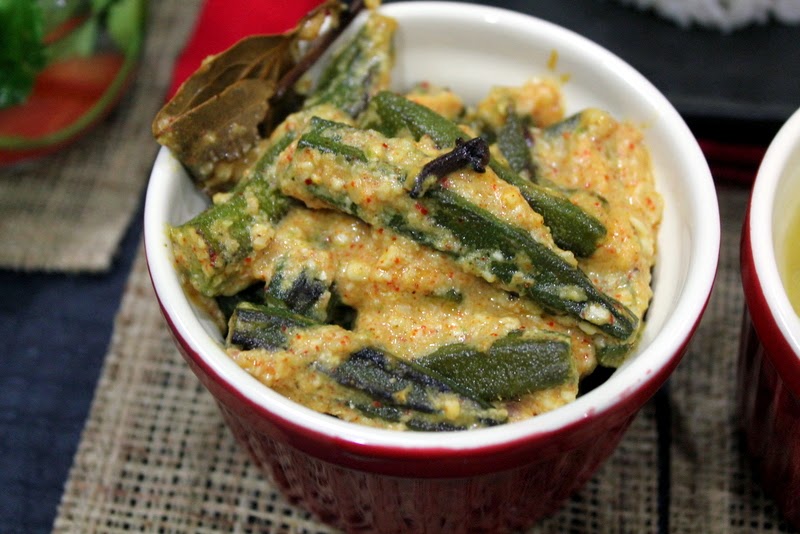 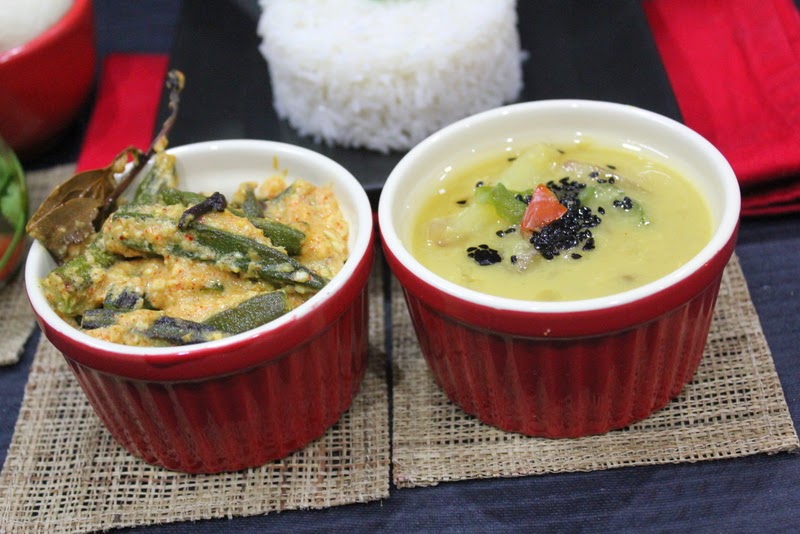 While ending this marathon I would say a word of thanks to all my fellow bloggers for posting wonderful recipes and special thanks to Valli for organizing this event.
A word for viewers…I have tried my best to give some authentic traditional recipes, but since the cuisines are so vast I may have made some errors..please bear!!