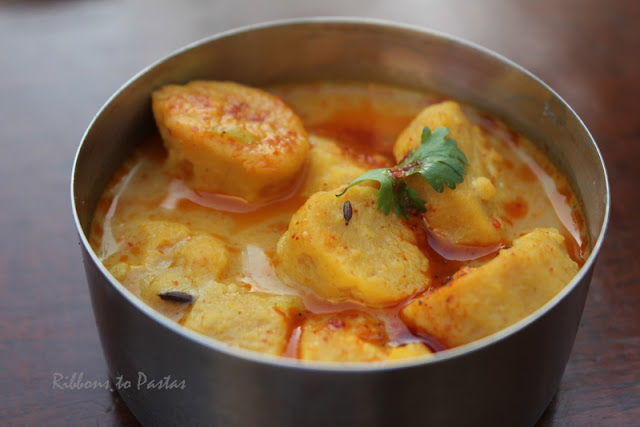 Since Rajasthan is a desert and there is scarcity of water they generally bank upon lentils and pulses. The Gatte ki Kadhi is a specialty of this state and it is a big hit in the house, provided the gattas are perfectly made. The gattas can turn very hard if the dough is not made properly.Just the right amount of oil and water are required to bind the dough.
The gravy has umpteen options, some make with onions and tomatoes, some make with curd , while some make it a mix of Besan and curd.
The gatta size also varies, some like thick while some like thin gattas. Some like to fry the gattas after boiling, while some like to steam their gattas .I have one variation where I have added paneer to the gattas…which makes them super soft. Whatever the variations might be, it still remains one of the best Rajasthani dishes.
The Gatte ki Sabzi is a part of the Jodhpuri Thali for Buffet on Table.
Gatte ki Sabzi

For the gattas
Combine all the ingredients for the gattas. Knead into a firm dough using 1 to 2 tablespoons of water.
Divide the mixture into 8 equal portions and shape each portion into long cylindrical roll.
Boil plenty of water in a pan and cook the gattas in boiling water for 7 to 8 minutes till they float on top.
Drain and reserve the water , keep the gattas to cool.
Cut the gattas into 1/2″ long pieces. Keep aside.
For the kadhi
Heat the oil in a pan, add the cumin seeds,fennel seeds, asafoetida, clove, and cinnamon .
When the seeds crackle, add the turmeric powder, chilli powder and coriander powder .
Immediately add the reserved water.
Let the water boil with the spices for about 5 minutes.
Switch off the gas.
Add beaten curd, salt and mix well.
Add the gattas.
Check the gravy, if the consistency is thin then add 1/2 tsp gram flour dissolved in 2 tbsp water to the gravy.
Switch on the gas and cook for 8-10 minutes.
Sprinkle Garam masala.
Heat ghee and temper the Kadhi with red chilly powder.
Garnish with coriander leaves. 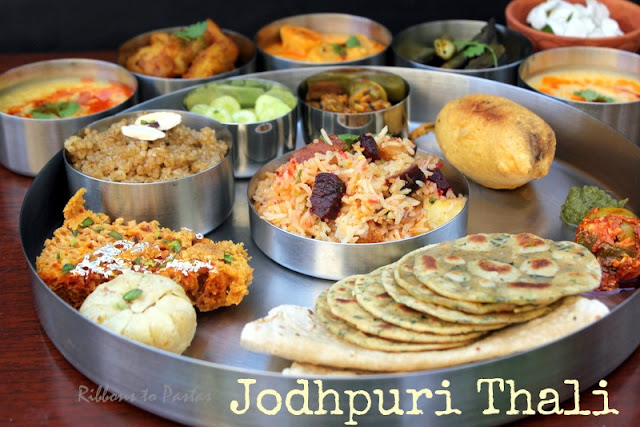