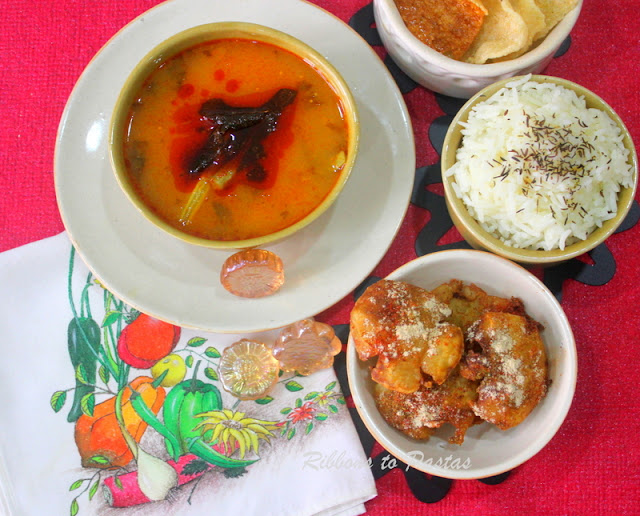 For the last day in this combo theme I have chosen to make Kadi Chawal…yes Valli I did not want to post this but then decided to since I did not get the puttu powder. Also I felt this kadhi recipe might be new and unheard of .
This is a kadhi made by the Shikarpuri community of Sindhi’s. It is similar to the Sindhi kadhi , but yet different. The tempering is different, the amount of gram flour used is less and instead of using water, tomatoes are used. we use tamarind in Sindhi kadhi , but for this kadhi we use kokum ke pool.The basic method is the same.
To make this kadhi you should actually use good red colored tomatoes, but at present the quality of tomatoes that we are getting is the pale red , hence I have not got the actual color. Normally the color of the winter tomato kadhi would be quite vibrant. 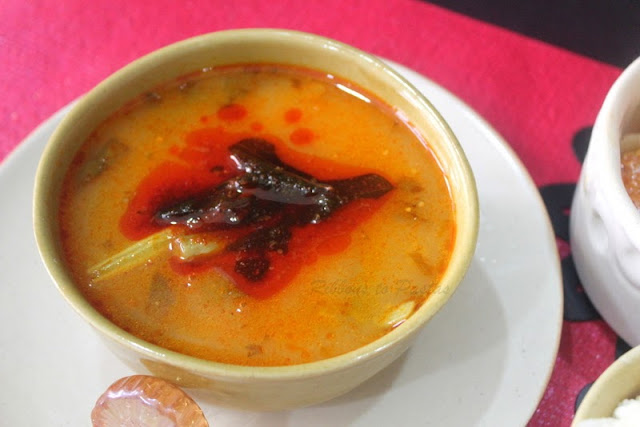 1 kg tomatoes
Boil the tomatoes in a pressure cooker with a glass of water.
Blend with a hand blender , till smooth.
Add 3-4 glasses of water and blend again.
Strain this juice.
The consistency of this should be that of a light juice.
Keep aside.
Tempering
4 tbsp oil
Pinch asafoetida
1 tsp mustard seeds
1 tsp cumin seeds
1/2 tsp fenugreek seeds
Few curry leaves
2 tbsp gram flour
1/4 tsp turmeric powder
1/2 tsp red chilly powder
1 tsp ginger, finely chopped
1 tsp green chilly, finely chopped
Salt to taste
4-5 kokum flowers
Coriander leaves for garnish
Vegetables that can be used
Cluster beans
Potatoes
Drum sticks
Cauliflower
Lotus stem
Brinjal
Apple gourd / tinda or bottle gourd
Green peas in pods…do not shell.
Lady finger
Preparation of vegetables
Heat oil.
Add tempering ingredients in the order they have been mentioned.
Put the flame on slow.
Add gram flour and roast it  in oil, till pink.
Make sure you roast it on slow fire, the taste of the kadhi will change if roasted on full.
As soon as the flour is pink add the tomato juice.
Stir continuously for a few minutes so that the flour and juice mix well.
Put the flame on full now.
Add the turmeric powder, chilly powder, salt, green chilly and ginger.
Let boil.
After a few full boils, simmer the gas and start adding vegetables.
Start by putting cluster beans,let these boil for 2-3 boils.
Add tinda or bottle gourd.let these cook a little .
Add cauliflower , brinjal, drumsticks, potatoes, peas at this stage.
Add kokum flowers.
Lastly add lady fingers.
The idea is to first add vegetables that would take long to cook and then go on adding other vegetables accordingly. Lady fingers just need one boil so they are put right in the end before switching off the gas.
Garnish with coriander leaves. 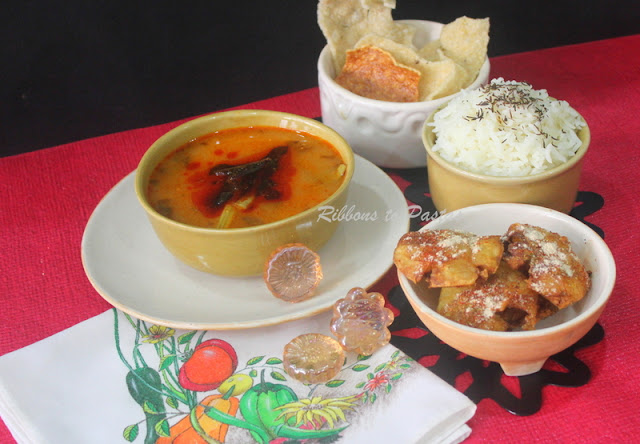 Some notes on kadhi
The kadhi is cooked continuously on slow fire.
One needs to put just 3-4 pieces of each vegetable if using all the vegetables, but normally the variation is among 4-5 vegetables, depending on the family choice.
I do not use potatoes and brinjal.
Drumsticks , cluster beans, bottle gourd, lotus stem, lady fingers are the most common vegetables used .
Cauliflower ,Potatoes and lady finger are sometimes deep fried and then added.
Lotus stem is always boiled and added.
If making the same kadhi for a larger group most of the vegetables are fried and added so that they do not disintegrate or over boil.
The Kadi has a tangy flavor and is served with plain simple white rice which are sprinkled with shahi jeera and tempered with ghee.The taste of shahi jeera is enhanced with ghee and when mixed with kadhi it is a treat by itself.You have to try this to believe.
Some people do not like the tangy flavor and add a pinch of sugar.
Some people like the kadhi consistency to be thick while others prefer it light, for a thicker version , one needs to add extra tomatoes while boiling.
The combination of any Sindhi kadhi is always with Aaloo took which of course are the best crunchy potato fries one can ever eat.
We serve some fried rice papads along with this combo. 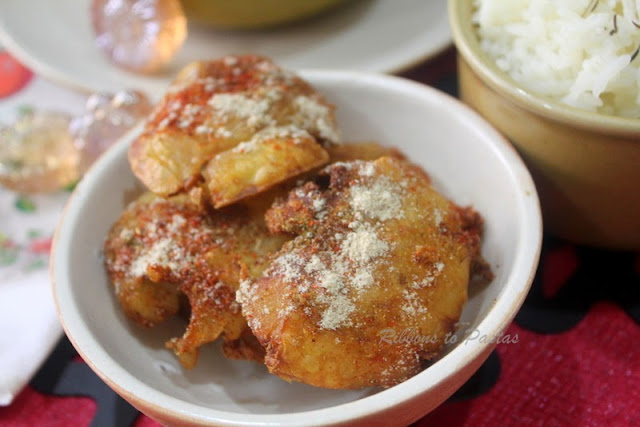 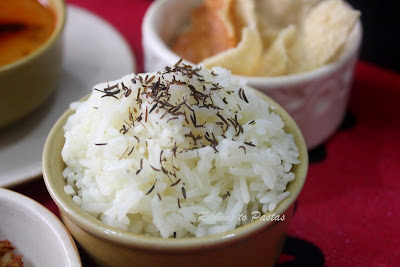 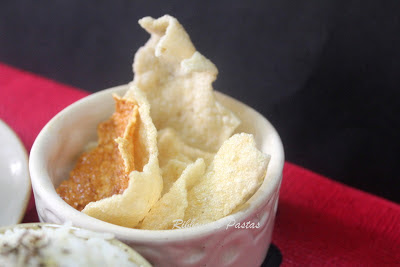 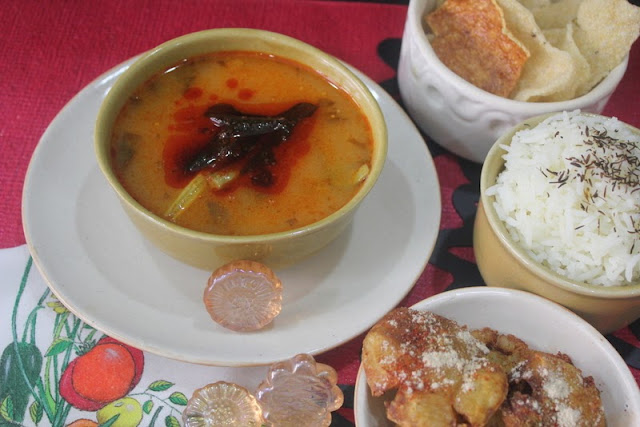