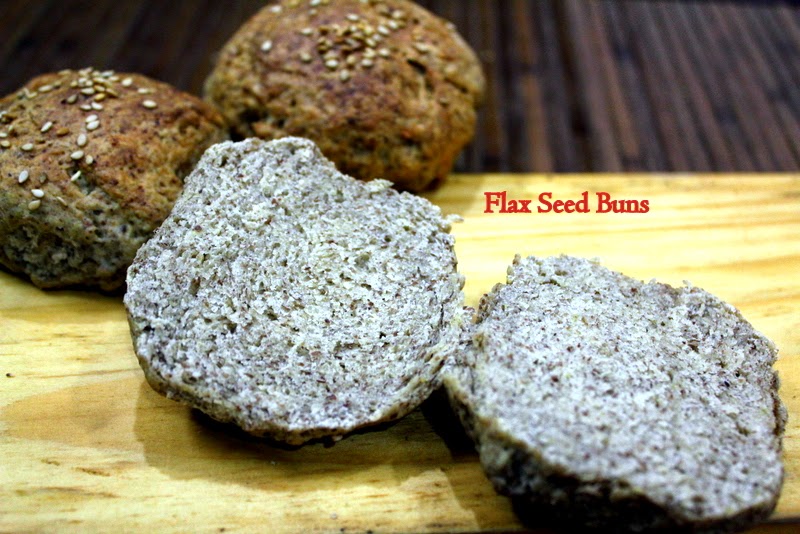 Tame the yeast might be a wonderful way to get over those baking with yeast jitters, but to be truthful, I don’t think these jitters can go so fast. Last month Valli made me do this challenge and even though I was nervous I followed Varda’s recipe and baked a bread. My confidence shooted and I thought I have mastered the art.
For this months challenge I tried Priya Suresh’s whole wheat flax seed buns. APF is kind of banned in the family so I happily started with this bread. I followed all the steps , and tried the bread. The result was average.I really don’t know where I went wrong. The bread was rather dense and I found it a little yeasty. While it came out of the oven everyone ate and had similar comments, though more than half the buns got over. I know that I had gone wrong because Mir baked the same buns and hers were quite spongy, may be Priya can tell me after giving these a look. Priya I will copy paste the recipe that you have given for two reasons. One I do not want to miss anything.two, who so ever bakes these buns, should not make the mistake that I might have made. Thanks dear. And now coming to the recipe. 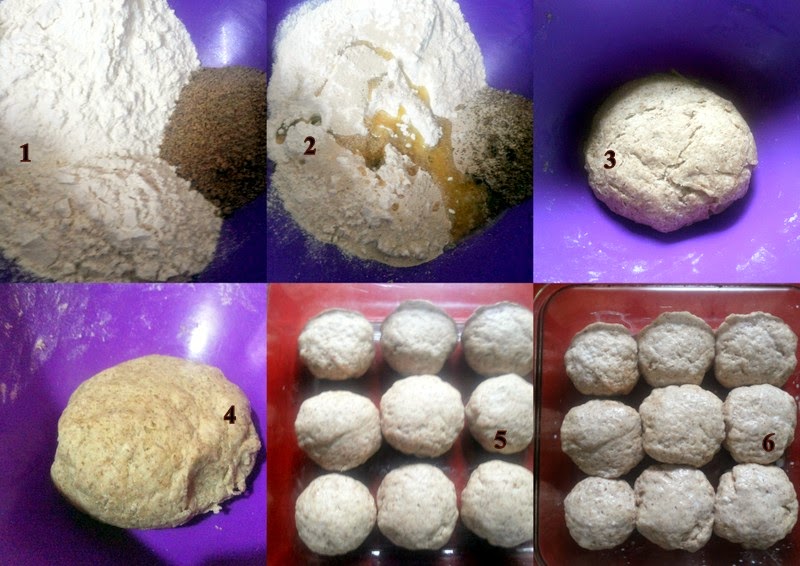 1 cup Wholewheat flour (Aashirvaad atta flour)
2 cups All purpose flour
1/2cup Flaxmeal (grounded flax seeds)
2+1/2tsp Instant yeast
1+1/2cup Lukewarm Milk
2tbsp Olive oil
1tbsp Sugar
1tsp Salt
2tbsp Milk (for brushing)
Oil for greasing the dough and the pan
Take the wholewheat flour,all purpose flour, flaxmeal,sugar, salt and instant yeast in a bowl.
Add in the luke warm milk, olive oil and knead everything until the dough turns soft and smooth.
Arrange the dough in a greased bowl, wrap the bowl and arrange in a warm place. Don’t disturb for 2 hours.
Once the dough doubled the volume, punch the dough and knead for 2-3 minutes, roll it as a log.
Divide the dough into 9 equal pieces, roll each pieces as a round ball.
Arrange the ball in a greased square pan, one by one with enough place in between.
Cover the pan with a towel, keep aside for 40-45 minutes in a warm place until the balls rises.
Preheat the oven at 350F/180C for 10 minutes.
Brush the rolls with milk gently, bake in middle rack for 30-35 minutes or until the crust turns golden brown. 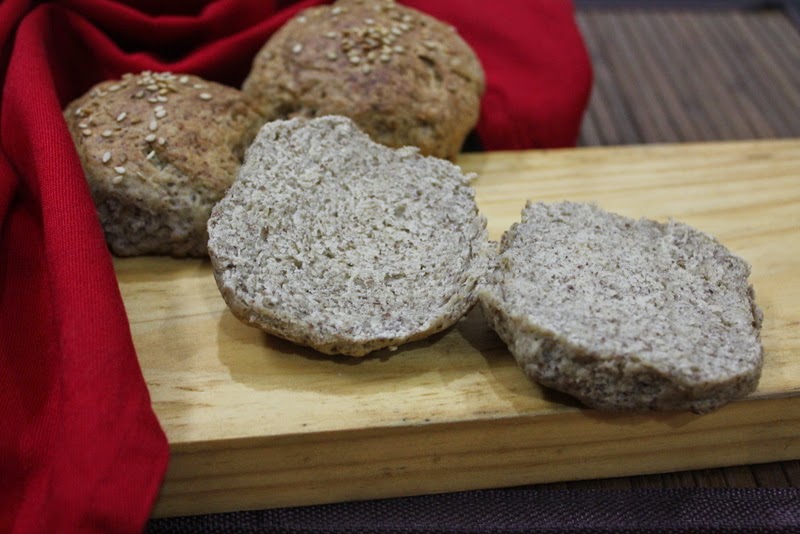