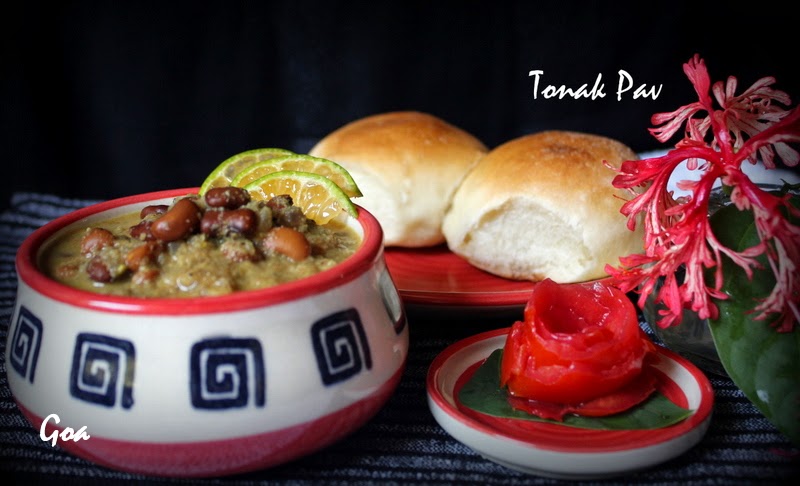 Goa is the smallest state of india and has a strong influence of Portugese. Rice with fish curry is the staple diet in Goa. Goan food could be divided into two categories.Goan Catholic and Goan Hindu cuisine.Each of them has a distinct taste, characteristic and cooking style.The catholic cooking has Vindaloos, Xacutis , whereas the Goan stew, khatkhates are the Goan Hindu specialities.
The basic ingredients used in their cooking are their local products and they say that they use every part of coconut. They use lot of kokum for making curries and drinks.Talking of drinks Feni is the most popular Goan alcoholic beverage, which is made from the fermentation of the fruit of cashew tree, they even have coconut feni which is made from sap of toddy palms.
Everyone knows that Goa is one of the most sought after tourist destination, and recently it has become a favorite wedding destination. I have attended some beautiful weddings here . Infact I attended one wedding very recently and it is truly amazing the way these wedding are planned. The beaches, music, wine all make the wedding a dream .  There was a beach party where a variety of cocktails and mock tails were served. Well since I do not take any cocktails I was keen to taste some of the mock tails. Besides the regular meal they maintained the beach mela by serving corn cobs, the Indian golas ( crushed ice with syrups). I clicked some pics to get you some glimpses. The pheras took place while the sun was setting and this was a mesmerizing sight.
Amidst all the wedding rituals and functions Archana ( my co blogger , and a very good friend , who stays in Goa) came to pick me to take me around the city. We planned a early breakfast to savor at a local Goan restaurant called Tato’s .some of the dishes that we ordered were Tondak Pav, patal bhaji, suki bhaji, mixed bhaji with pav and buns. Now when Archana ordered buns I assumed them to be like the burger buns, but these were different. These were like big flat pooris and tasted like krack jack biscuits, a little salty, a little sweet. I am not a person of this combo taste so Archana ordered a katraco pav, which was a total treat. Absolutely hard shelled with a wonderful soft interior.It reminded me of my trip to Europe, where these buns are very popular.
After breakfast we went to Archana’s house where she had made preps for teaching me Tondak , a true Goan dish. I had carried my plates , bowls and mats  since we had planned to work on this..so this is a post which was cooked in Goa itself. Archana packed some Tondak for my hubby , and I must tell you that he totally loved this dish.
The same evening we were served some Goan food at the wedding. This was five star category food but trust me the Tondak made by Archana tasted hundred times better than what these guys served us.
Archana gave me a nice gift hamper which included local Goan delicacies among which was Bibinca, which is a seven layered desert and a treat by itself, though I could not eat as it is loaded with eggs , the hamper included a local sweet called Doce and Pitha ke ladoos which were a delicious . At the wedding I tried dodol , which is a Christmas sweet but I guess one has to acquire taste for some of these local desserts.
For today I have the recipe for the ever popular Goan Tondak , which is served with Pav or rice . 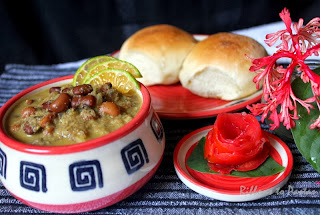 Pinch turmeric
Salt to Taste
A few springs of coriander

In a tsp of oil fry the red chillies, keep aside. Fry the other ingredients for the masala individually add oil if necessary. Keep aside.
In the same pan fry the coconut, onion chopped lengthwise and garlic, on low flame till the coconut is reddish brown in colour, use oil if needed. Cool.
Grind to a fine paste the fried masala and coconut mixture with the tamarind and coriander.
In another pan with another tsp or two of oil fry the onions till soft then add the boiled beans.
Add the ground masala paste, turmeric, salt.
Serve hot. 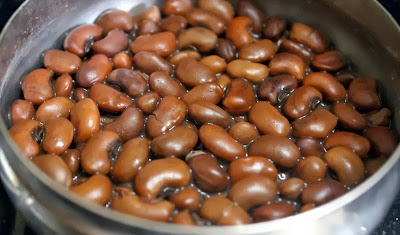 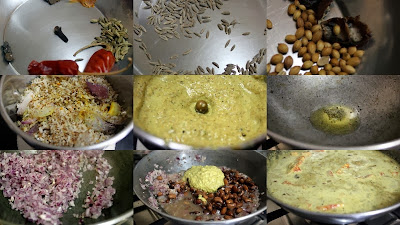 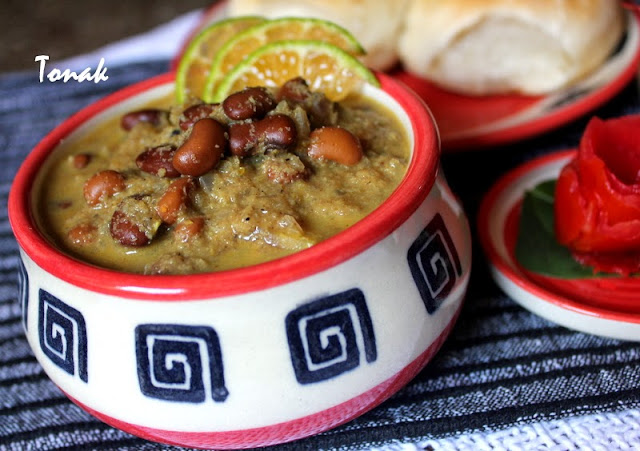 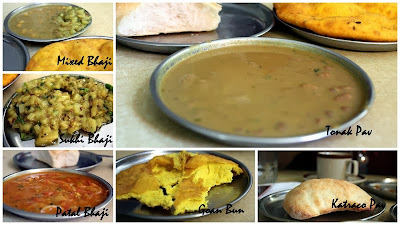 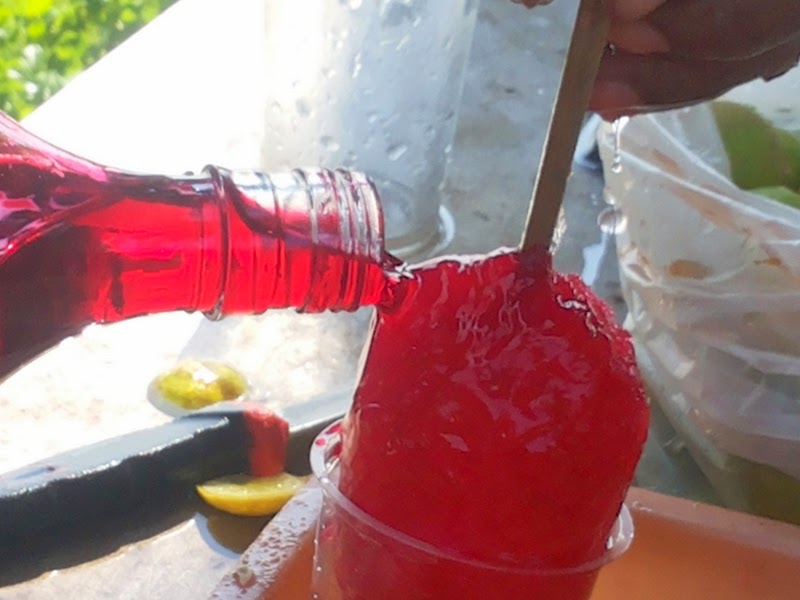 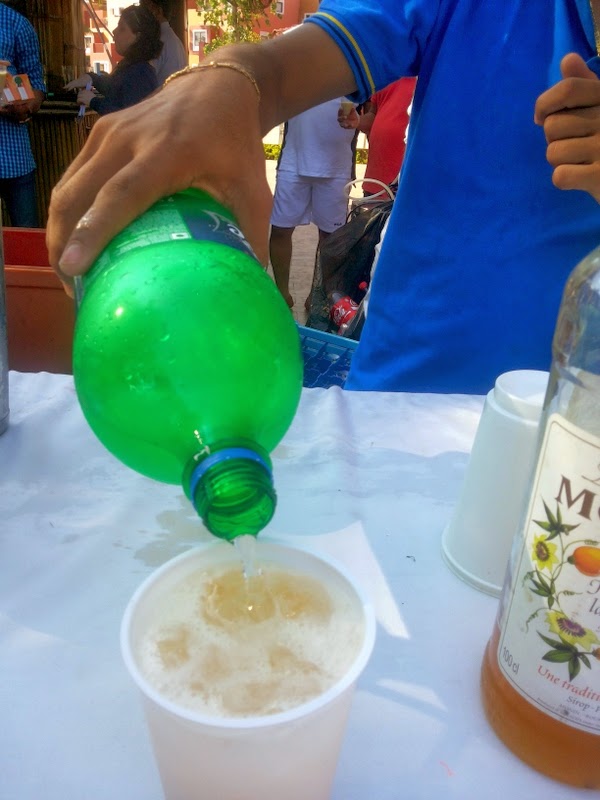 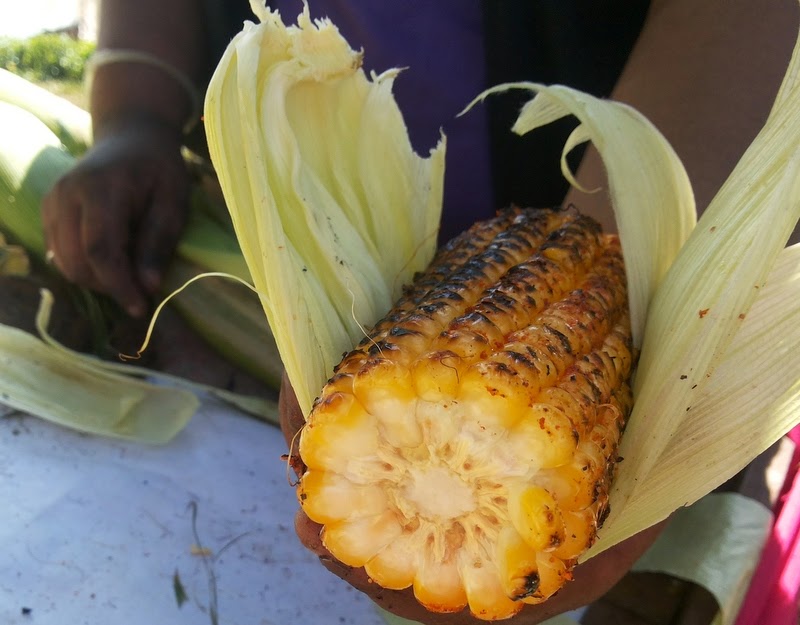 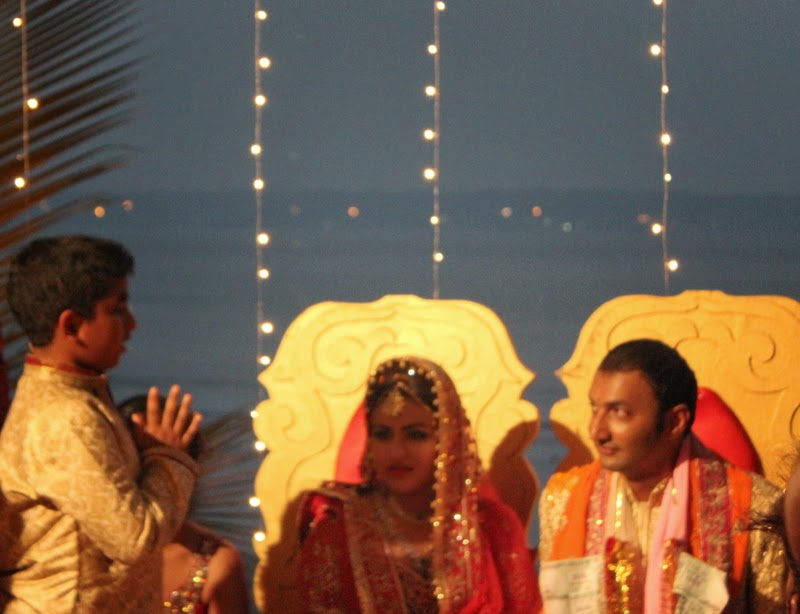 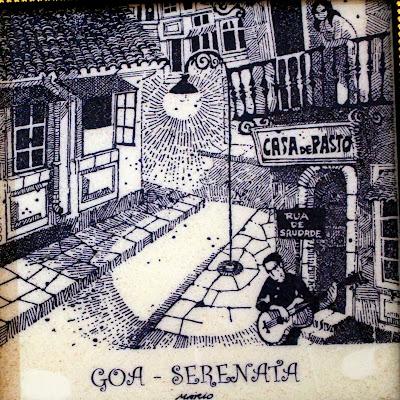 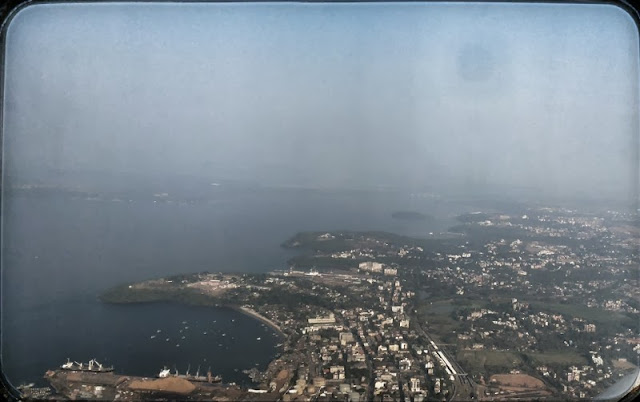 a view of Goa from the aircraft