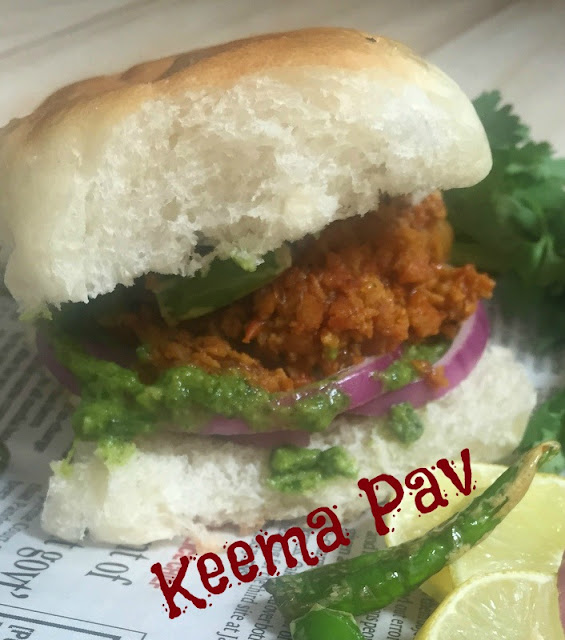 
For the last day in the Pav series I have a Keema Pav. This is a vegetarian version made with soy granules. I have never been fond of soya but my family loves it and whenever Keema Pav is made everyone raves about it. They coax me to eat but I have my mind blocks and do not eat any such things that remind me of non veg food. No offense, but like I told you it is a mind block. Keema Pav happens to be a hot selling item at parties and weddings. The keema is displayed on a very big gridle and the Pav is served separately .
I decided to make a sandwich with he same concept. I added some onion rings and fried green chillies to this to give a twist and perhaps more delicious.
My son who is a big fan of soya keema simple loved this take and asked me to make it more often. The onion gave the crunch and the fried chilly gave a terrific zing. Do try this version and let me know how you liked it. 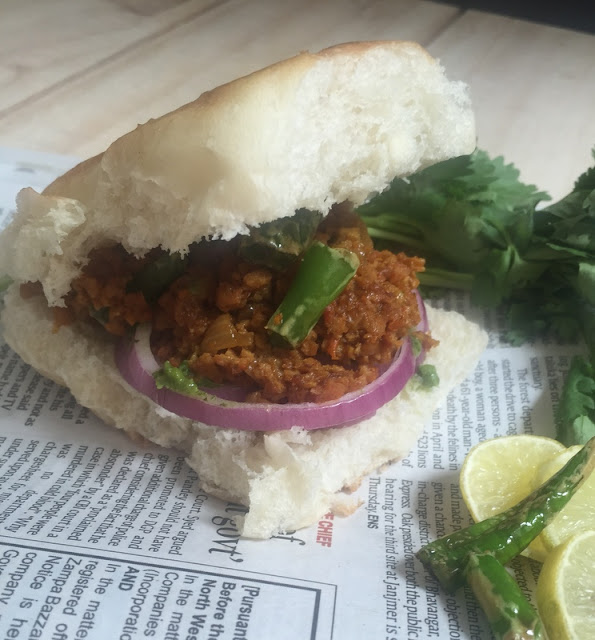 Ingredients
1/2 cup soya granules
1 onion, finely chopped
1 tbsp ginger garlic paste
2 large tomatoes, puréed
2 green chillies, finely chopped
1/2 tsp turmeric powder
1/2 tsp red chilly powder
1 tsp coriander powder
1/2 tsp tandoori masala
Salt to taste
Method
Soak the soya granules in hot water for 10-15 minutes.
Drain the water and squeeze all excess water. Keep aside.
Heat about 2 tbsp oil in a pressure cooker.
Add onions and Saute them till pink.
Add the ginger garlic paste, Saute.
Add the soya granules and roast till they stick to the bottom of the cooker.
Add tomato purée and green chillies, Saute again till all moisture dries up .
Add all spices and Saute till oil separates.
Add about half cup water and pressure cook for two whistles.
Open the cooker after the pressure drops down.
Put the flame on and Saute again till all the moisture has dried up and oil separates.

Assembling the Keema Pav
Slit the Pav.
Plce a heap spoon of the keema inside the Pav.
Place onion rings and fried green chillies on top.
Press the upper layer a little and enjoy the Keema Pav with Green chutney and fried chillies. 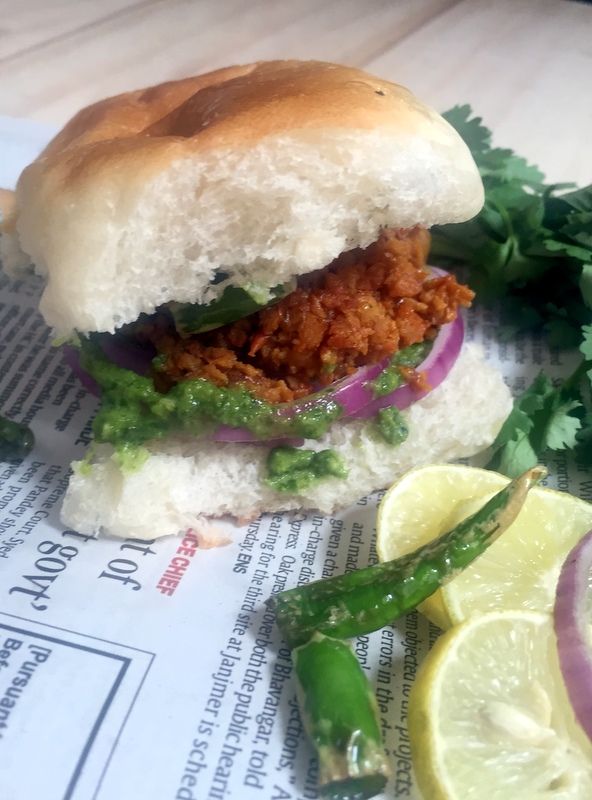 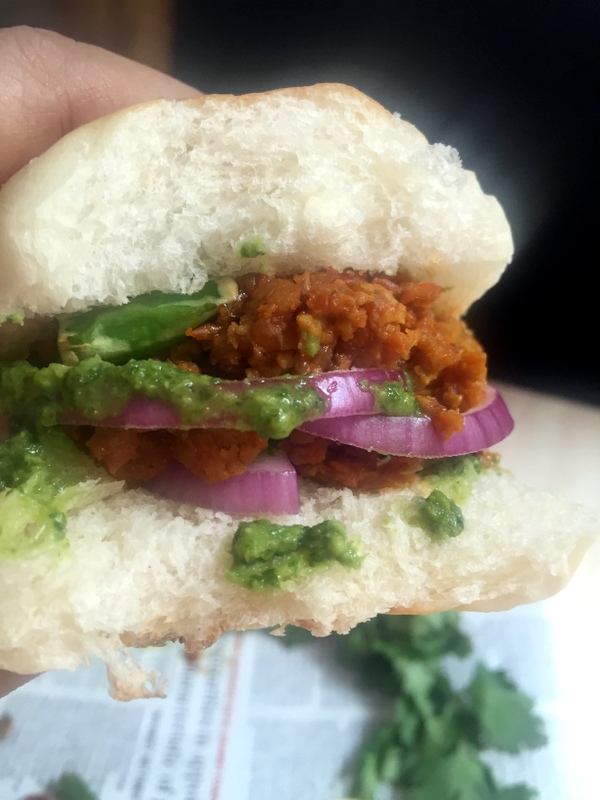