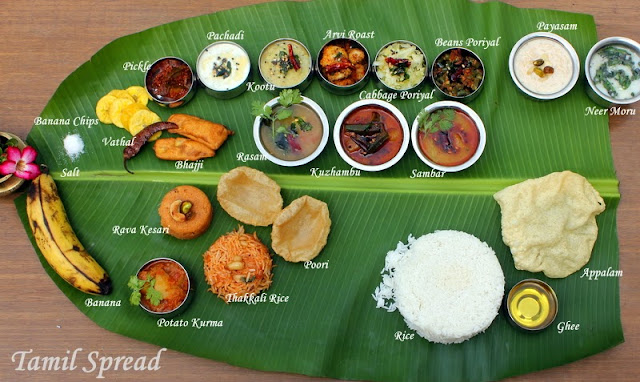 BM # 56
Week :2 , Day: 5
Theme: Indian States
State : Tamil Nadu
We are in the third week of this mega marathon and this week we are doing Indian States. I have been making Thali’s for all different states. Today is the fifth day and I have a Tamil Spread . While choosing states, I was hesitant in choosing Tamil Nadu. I have so many blogger friends from this state that I felt I would not be presenting anything new to them. At the same time I felt I should do a Tamil or for that matter something from South. I finally decided on Tamil.
While on my trip to Haridwar I had picked a book at the airport called Southern Flavors by Padma Chandran . This is a beautifully written book where you have recipes from different states of South. It definitely was a boon for me. I shortlisted a menu, but wanted it to be authentic. Valli came to rescue and helped me to plan it. She even drew a picture to tell me how to place the dishes. Thanks Valli ! This would have been difficult without a friend like you!
Coming to Tamil Cuisine
It is characterized by the use of rice, legumes and lentils. Its distinct aroma and flavor is achieved by the blending of flavorings and spices including curry leaves, mustard seeds, coriander, ginger, garlic, chili, pepper, cinnamon, cloves, green cardamom, cumin, nutmeg,
On special occasions, traditional Tamil dishes are prepared in almost the same way as they were centuries ago. The recipes are passed from one generation to the other, and served in traditional style and ambiance. The traditional way of eating a meal involves being seated on the floor, having the food served on a banana leaf, and the food is generally eaten with hands. Of course with time spoons too are used. After the meal, the fingers are washed, and the banana leaf becomes food for cows.
While serving a Tamil Spread the dishes are served in a particular sequence, and each dish is placed on a particular spot of the banana leaf. Traditionally, sweets are eaten first. After having worked through the preliminaries, the long haul starts with rice. Sambar is the first course , probably with some ghee. This is followed by rice with Kuzhambu and rice with Rasam. A final round of rice with curd or buttermilk signals the end of meals. A banana may be served last. 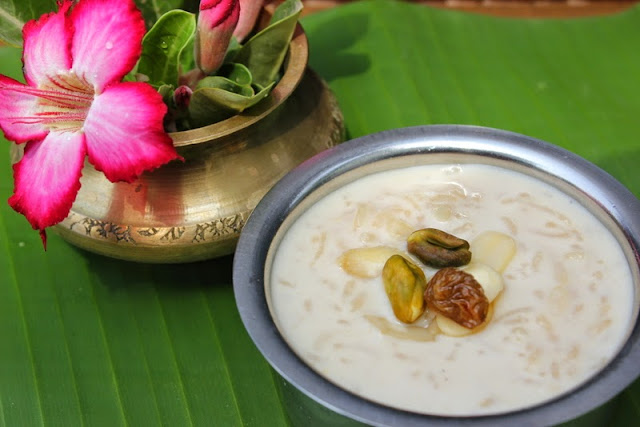 ( crisps made from raw plantain ) 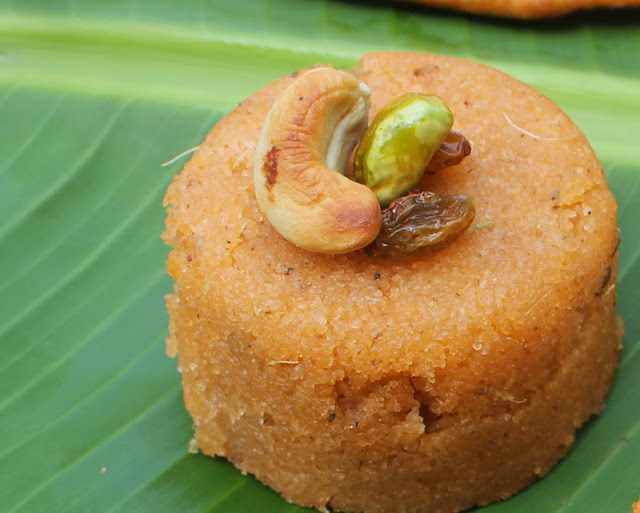 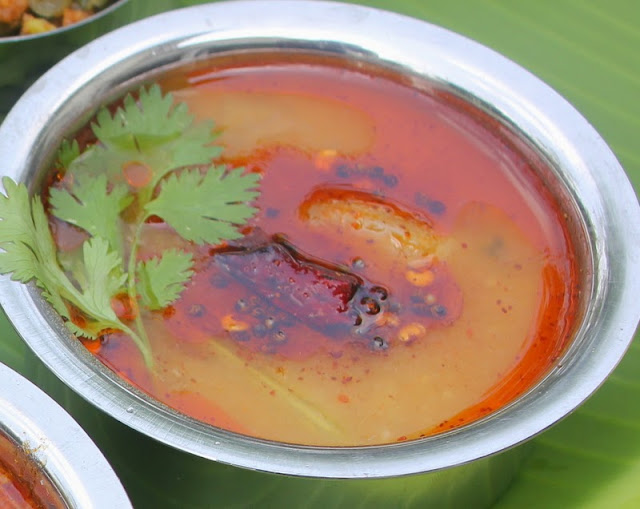 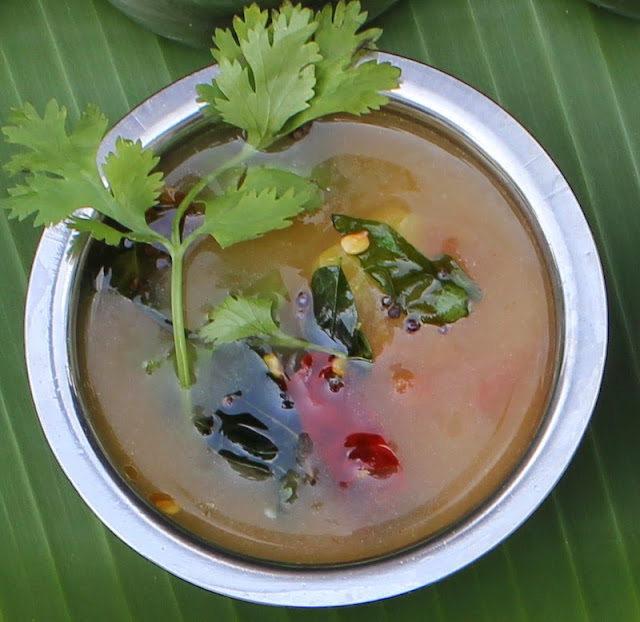 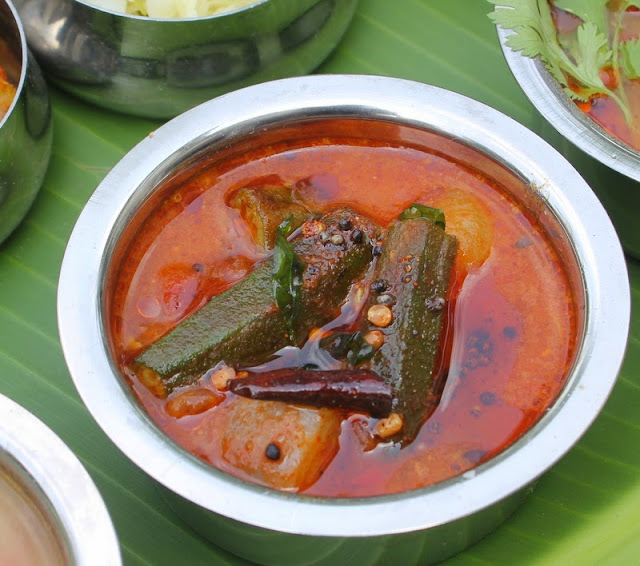 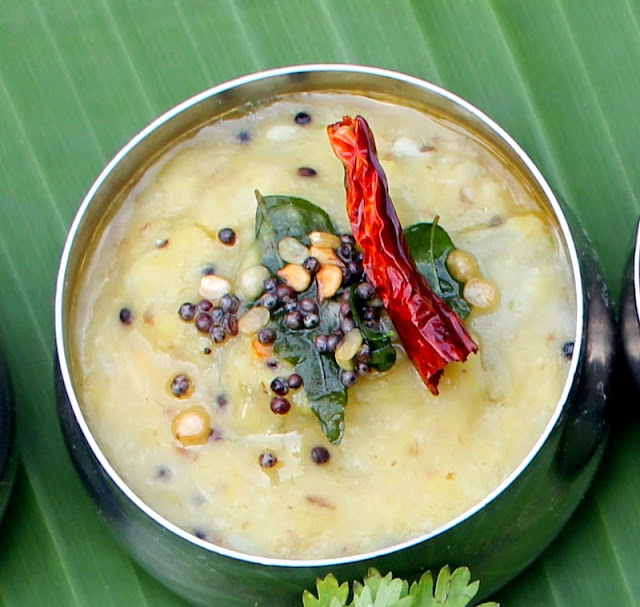 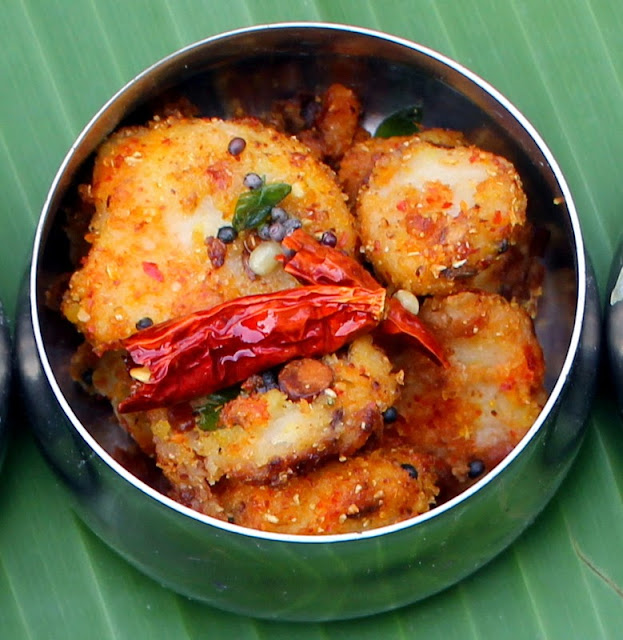 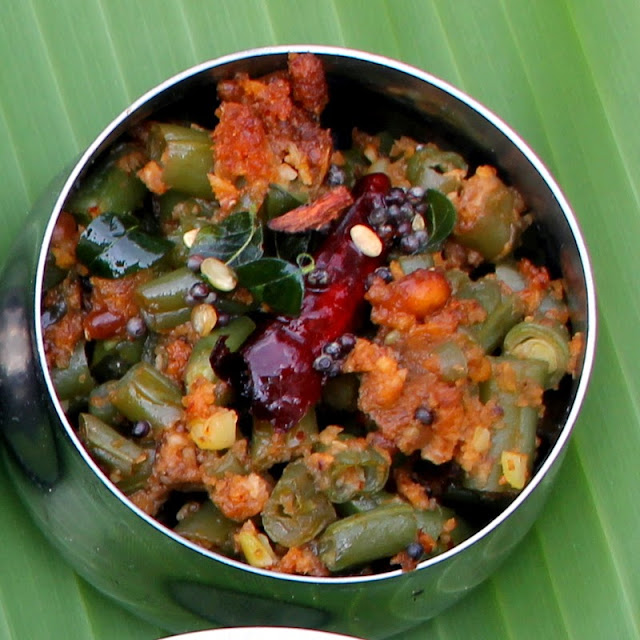 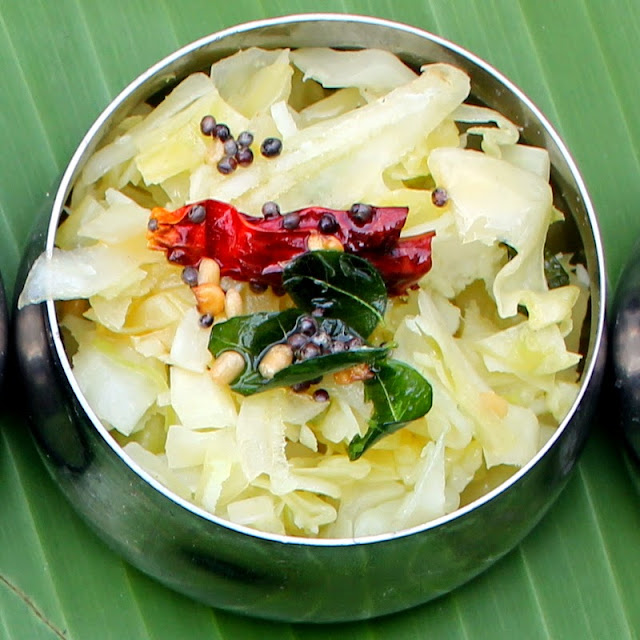 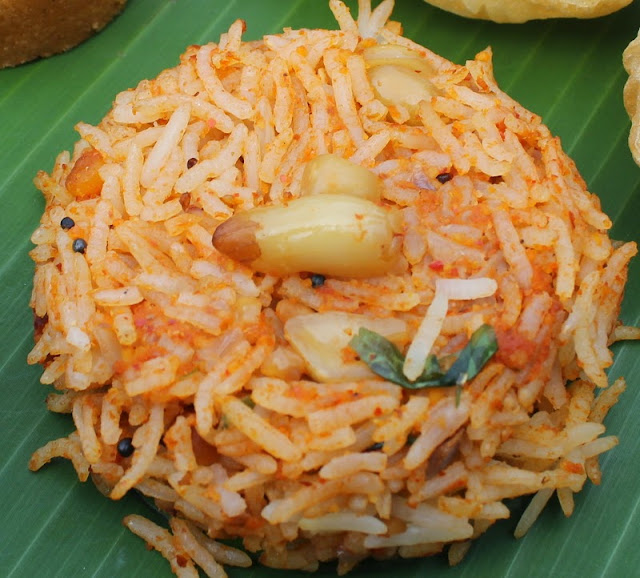 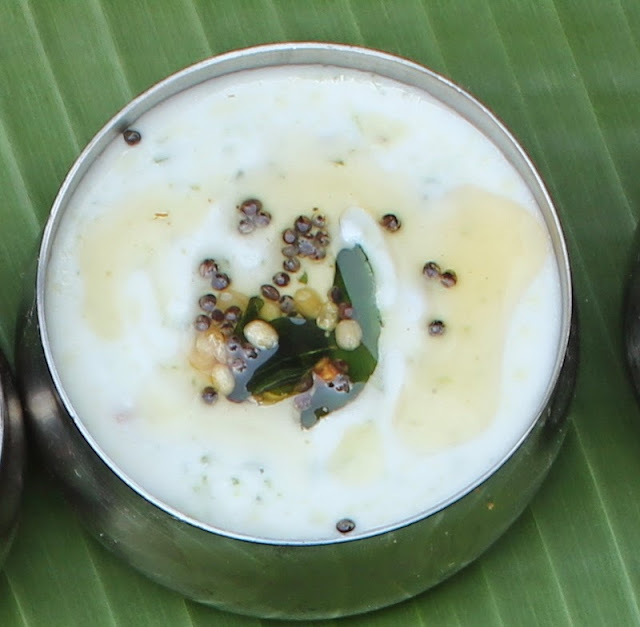 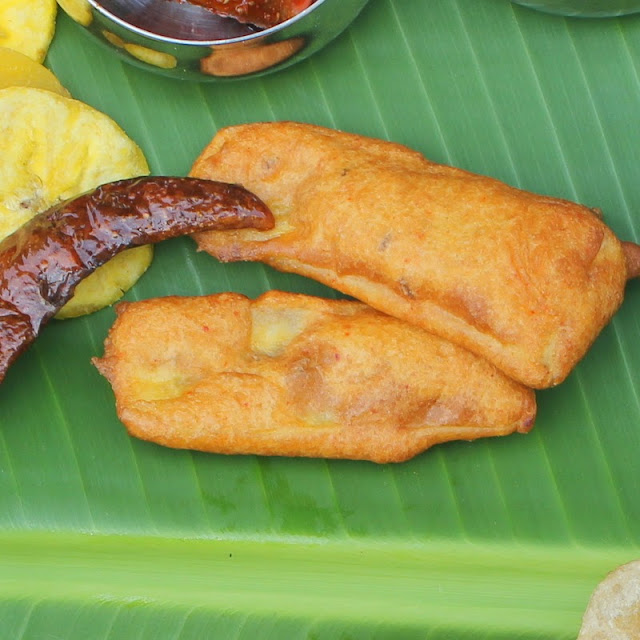 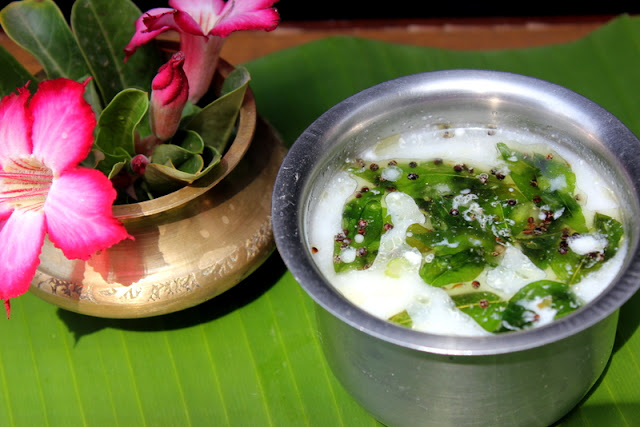 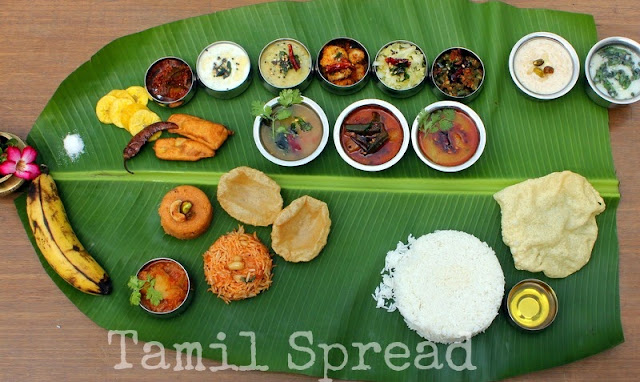 This spread was a complete treat for the family, as South Indian is one of the most relished cuisines with the family and we ate it the traditional way, served it on a plantain leaf. The Bhindi Kuzhambu , Potato Kurma, Arvi Roast and Beans Poriyal were most preferred dishes and are now in the list of Daily Menu.