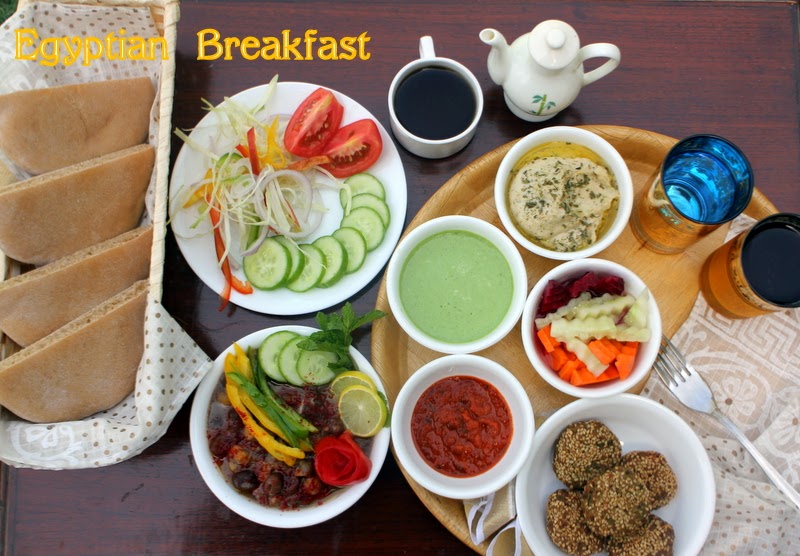 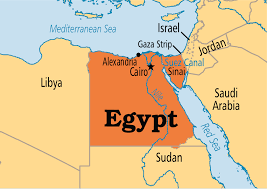 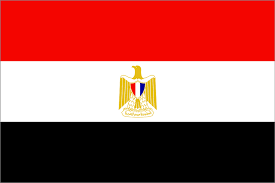 Country
Egypt is a transcontinental country spanning the northeast corner of Africa and southwest corner of Asia, via a land bridge formed by the Sinai Peninsula. 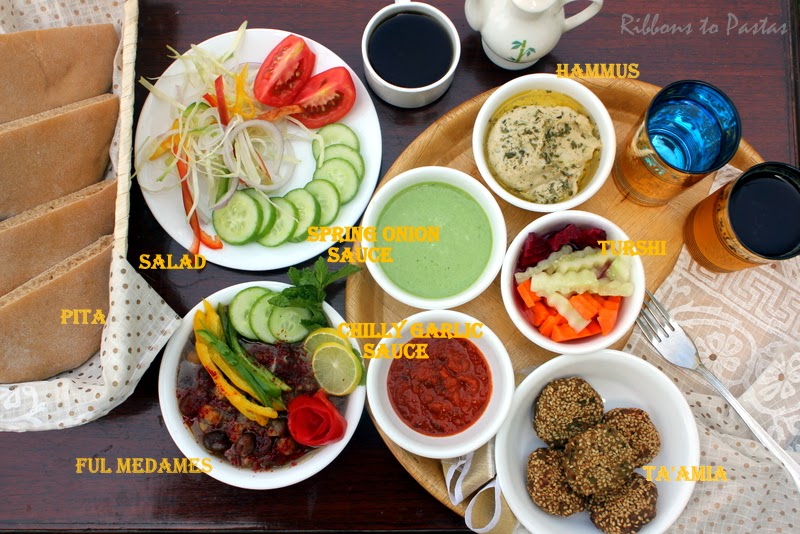 Egyptian cuisine is more towards vegetarian diets, as it relies heavily on vegetable dishes. Although food in Alexandria and on the Egyptian coast tends to use a great deal of fish and other seafood, for the most part Egyptian cuisine is based on foods that grow out of the ground. Meat has been very expensive for most Egyptians throughout history, and many vegetarian dishes have developed to work around this economic reality.
Egyptian cuisine is characterized by dishes such as Ful Medames, mashed fava beans; Koshari, a mixture of lentils, rice, pasta, and other ingredients; ‘Molokheyya, a green plant chopped and cooked with garlic and coriander sauce; and Fetir Meshaltet. Egyptian cuisine shares similarities with food of the Eastern Mediterranean region, such as rice-stuffed vegetables, grape leaves, Shawerma, Kebab, Falafel, Baba Ghannoug, and baklava.
Some consider Koshari – a mixture of rice, lentils, and macaroni – to be the national dish. Ful Medames is also one of the most popular dishes. Fava bean is also used in making falafel (also known as ta`amia), which originated in Egypt and spread to other parts of the Middle East.
Today I am going to cook an Egyptian breakfast.They normally have fuul and ta’amia for breakfast.
Ta’amia is the Egyptian version of falafel. It’s more crisp though, and more green, owing to the fact that they have lots of coriander leaves or parsley together with the ground fava beans.
Fuul is greenish brown Arabic fava beans. They are boiled and mashed to make a paste, which in turn can be mixed with a score of other ingredients from chickpeas to eggs. This would fall under Mediterranean bean pastes ! like hummus, but with a different flavor altogether…closer to the taste of the darker bean varieties. We do not get these fav a beans here , may be they are available in metro cities anyway i called for them from Dubai. 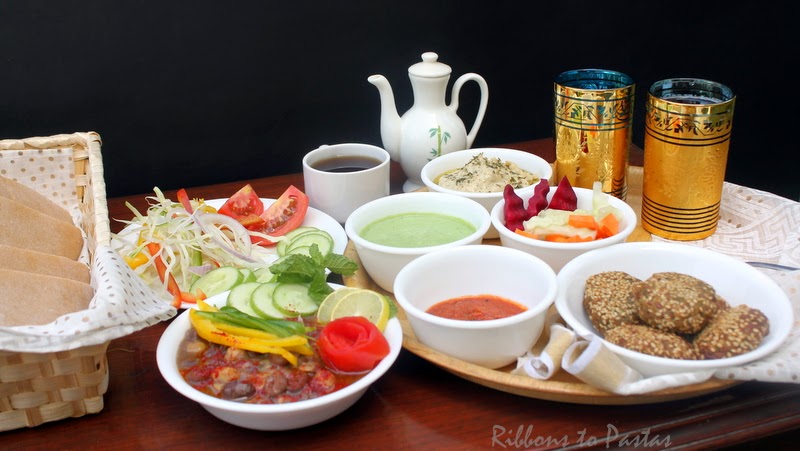 Ful medames is a popular breakfast dish in Egypt. It is usually served with pita bread. The pita bread is sometimes used as a scoop for the fava beans. Ful medames dates back to ancient Egypt.

Drain, and cover with fresh water in a pressure cooker along with salt.
Cook for 2 whistles and then simmer for about 15 minutes or till done.
Soak chick peas overnight, wash and pressure cook for 2 whistles and then simmer for 15 minutes or till done.
Use just enough water for cooking , so you need not drain this,
Mix the beans and chick peas and cook further on slow flame.
Add crushed garlic and lemon.
Mash the beans lightly , the idea is to blend the water and beans, it should be like thick gravy.
Garnish with capsicums, cucumbers, onions
Sprinkle pepper and drizzle olive oil lavishly.
Serve with pita bread. 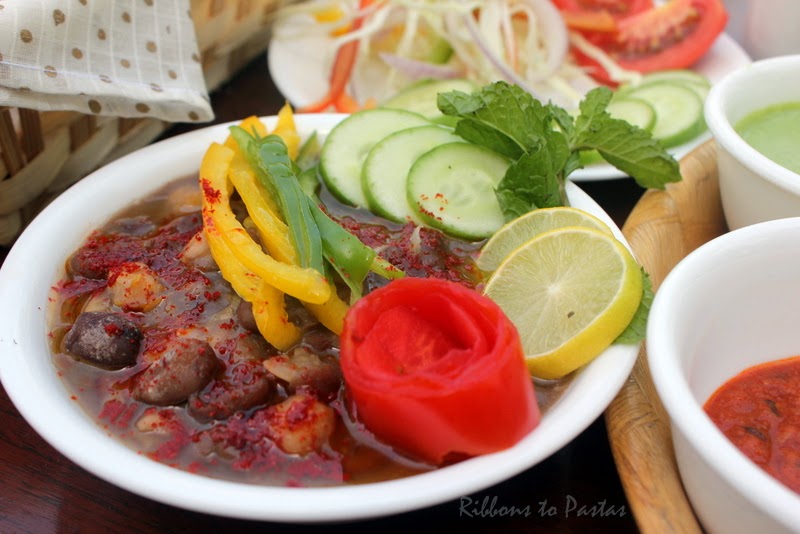 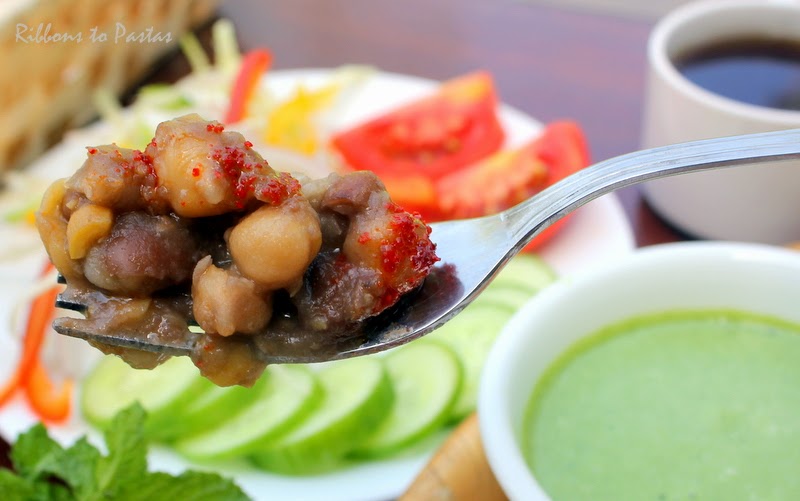 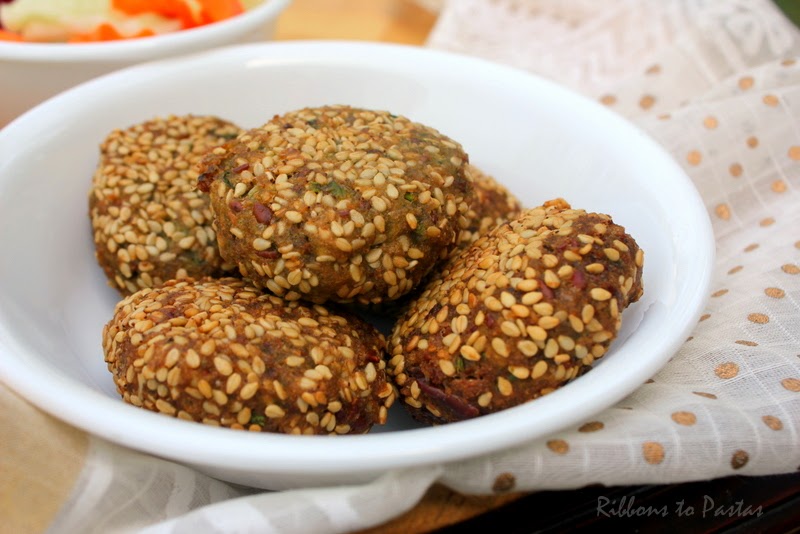 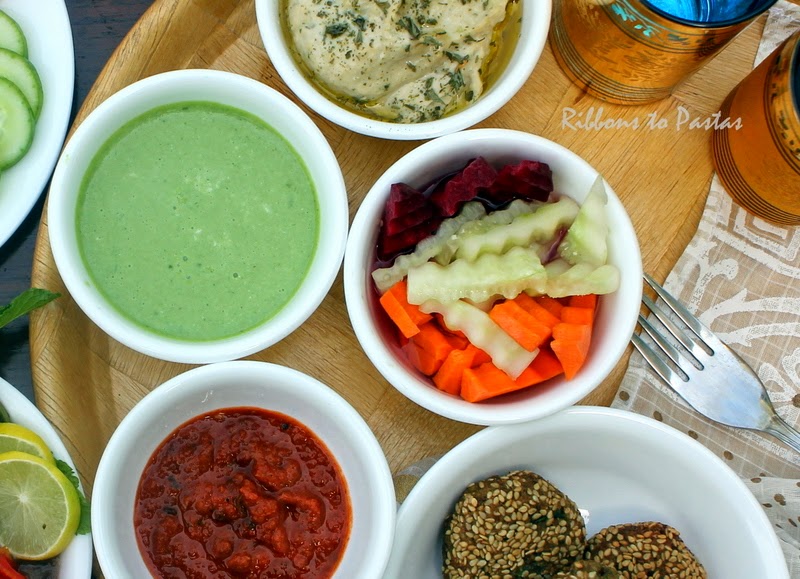