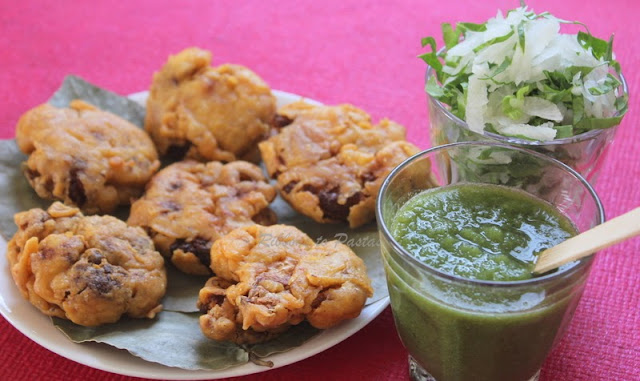 The second week of the Maha Marathon begins and for this week I shall be posting Street Food.
Ever since I was a little girl I have been fond of street food, the love for it has only increased as I have grown.whenever shopping in the markets of Delhi, we would buy some pakoras and enjoy them with a slice of bread. The variety of these pakoras is amazing.For today I shall treat you to Gobhi Ki Tikiya.
Gobhi Ki Tikiya is basically a cauliflower fritter .Big flowerets of cauliflower are spiced and dipped in gram flour batter. These are fried and then refried.the re frying is done after pressing it, this makes it really crisp.Originally these are served with some spicy mint chutney, but I like my Tikkiya with some grated radish, which gives the fritters a totally new dimension.
On my recent trip to Delhi I made sure to click some pictures of one of the most famous pakode wala who is famous by the name Khaandani Pakode wala,unfortunately the shop was under renovation, so could not get the click of his board. He is located at Sarojini Nagar Market of South Delhi.it is unbelievable at the variety he sells.Gobhi Ki Tikkiya is just one of them.Some of the interesting ones are karele ke pakode, tamatar ke pakode, chaap ke pakode and they all are on my to do list. The interesting part of this shop is that they even sell bread by slices, and tea coffee go naturally. 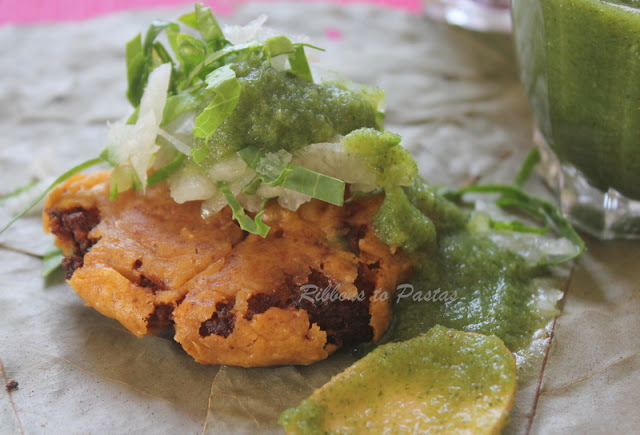 Coming to Gobhi ki Tikkiya
1 cauliflower, cut into big flowerets
Chilly powder
Garam masala
Salt to taste
Wash the cauliflower flowers and sprinkle red chilly powder, garam masala and salt
Mix well and keep aside for 15 minutes.
Batter
1 cup gram flour
1/4 tsp red chilly powder
1/4 tsp carom seeds
Salt to taste
Pinch cooking soda
Sieve the gram flour and all the ingredients.
Adding water gradually make a semi soft batter.
Making the Pakoras
Heat oil and then switch off the gas.
Dip the cauliflower into the prepared batter and slowly immerse into the hot oil.
You could add three to four of these at one go, depending on the size of the pan.
Switch on the gas and let it be full for the first few minutes and then make it slow.
One has to adjust the gas flame as the flower size is big and we want it to cook through and through.
Once cooked, remove them with a slotted spoon on a kitchen towel.
Let cool.
Taking a double kitchen towel , gently press each of these fritters thus making them slightly flat.
Re fry these in hot oil till crisp and golden.
Serve with grated radish and spicy chutney.
Spicy Chutney
5-6 green chilly
A small piece ginger
1 bunch coriander leaves
1 lemon
Salt to taste
Put all ingredients in a mixer and blend to a fine chutney. 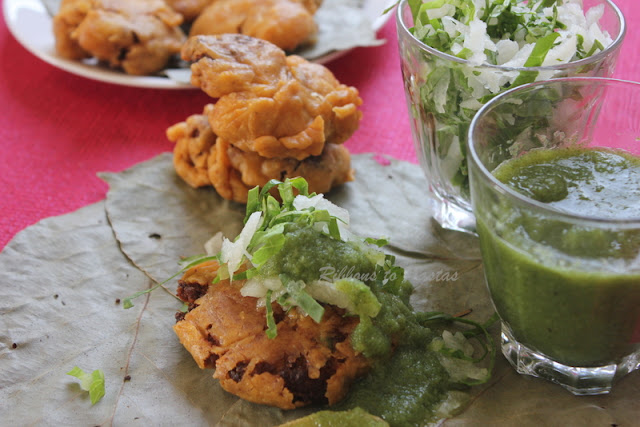 These fritters were generally fried in mustard oil, which gave them a unique flavor, but now these vendors have shifted to refined oil. 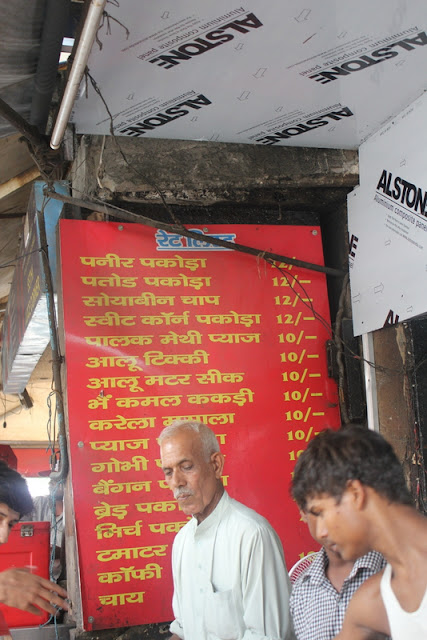 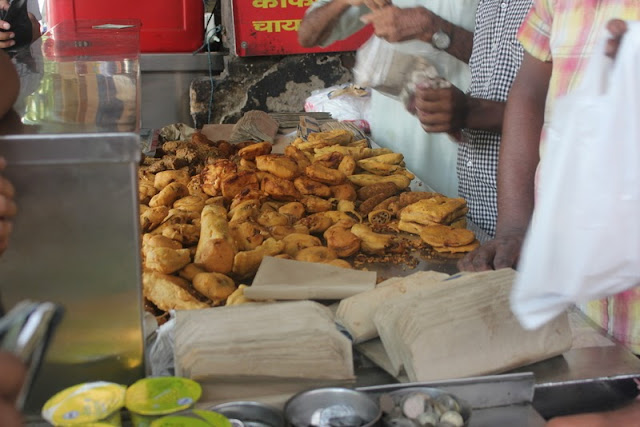 Mouthwatering pakodas..ready to be sold 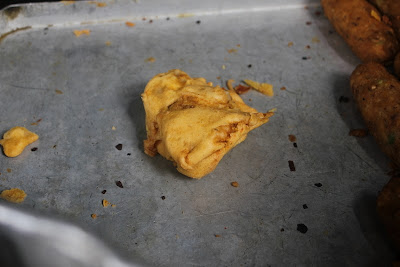 Gobhi ka Pakora..this needs to re fried to make it tikkiya!!