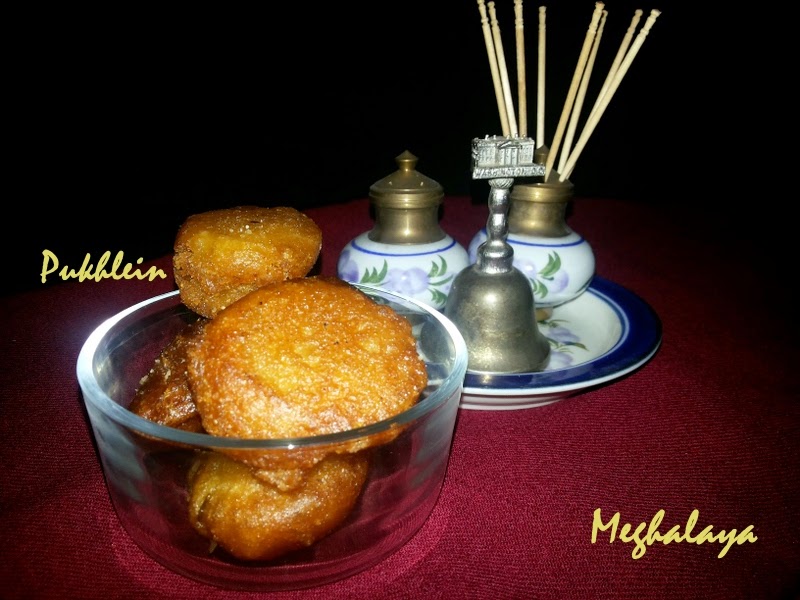 Megh is rain in Hindi and Meghalaya has been rightly named after this word, as it means abode of clouds.This is the wettest place on earth and a perfect holiday destination.So on the 18th day we shall cook from Meghalaya.
Meghalaya is one of the of the seven sisters and home of three Mongoloid tribes, Its cuisine is different than the other north eastern states.The staple food of the people is rice with spicy meat and fish preparations.

This state has three main tribes Khasi, Garos and Jayantias, and the foods they prepare are similar to rest of the North East region. Fish cooked is bamboo hollow, fish baked banana leaves are a favourite among the people too. Spices and fat are again used sparsely, ginger, garlic, onions and green chillies is all that is needed to cook up the dishes from here.
Amongst the three tribes there is slight variation in the style of cooking. Garos use lots of soda in their cooking. Khasis prefer fermented fish dishes and also pork dishes.
Apart from this Khwai is a Meghalaya speciality . A day for a resident of Meghalaya starts with a mouthful of khwai, which is betel nut with lime. Initially I had a good mind to do a post on betel nut, as I just could not find any vegetarian recipe. Fortunately when I was in Delhi the staff boy who is from North East helped me to do this recipe . 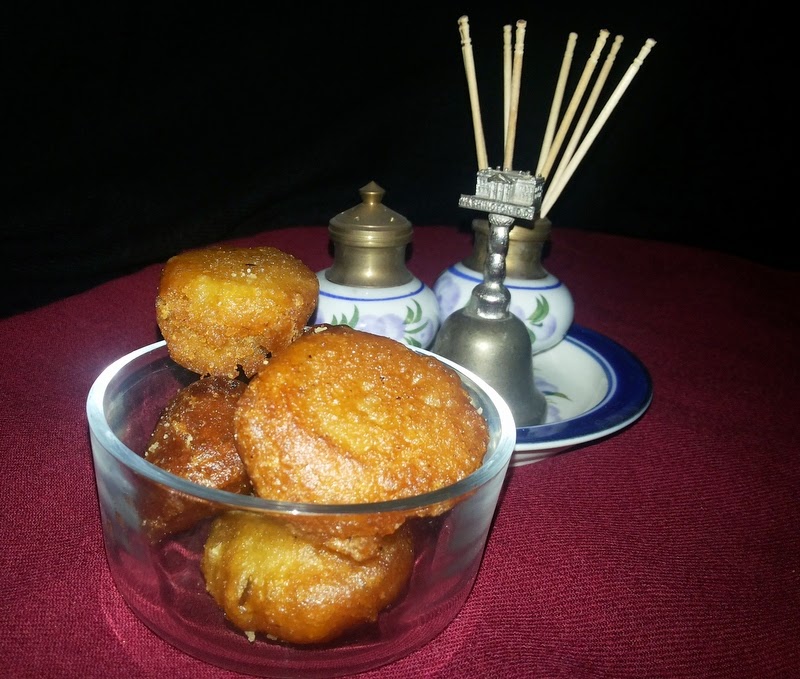 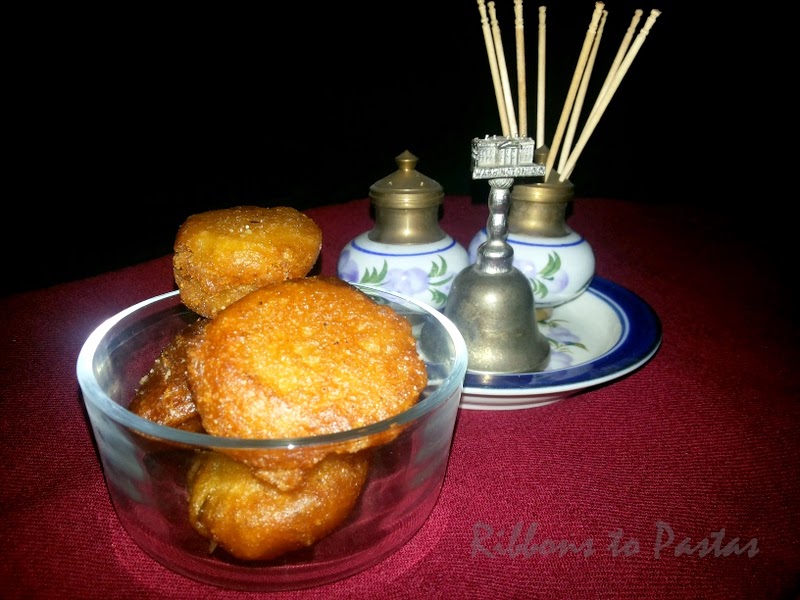 The basic was like malpuas, but with a vast difference in taste.Much later while browsing I realized that Puklein is also made in South, of course by a different name. Adhirasam. I have never made them, but while reading the recipes, I found them to be similar. I read about Puklein here, but on search one can’t find a recipe for the same. 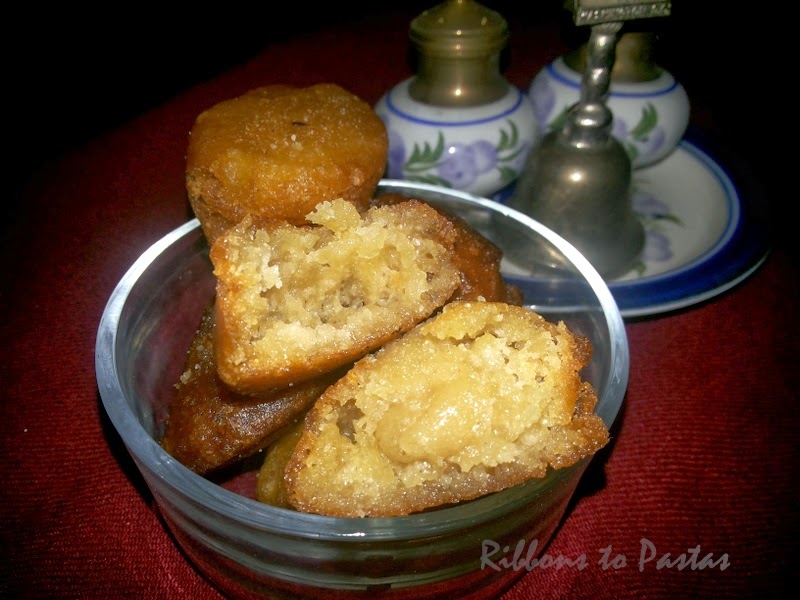 16 thoughts on “Pukhlein a Rice and Jaggery Sweet – Meghalaya Special”